Tony and I exchange a lot of cards. In fact this marks the 11th time he has hooked me with a bubble mailer since I started blogging. Without checking that has to be near the top of the list. It is a well oiled blind trade

Since Tony has some monthly card shows at this disposal trade packages can net anything from cool oddballs all the way to modern hits. This mailer had a modern flair. 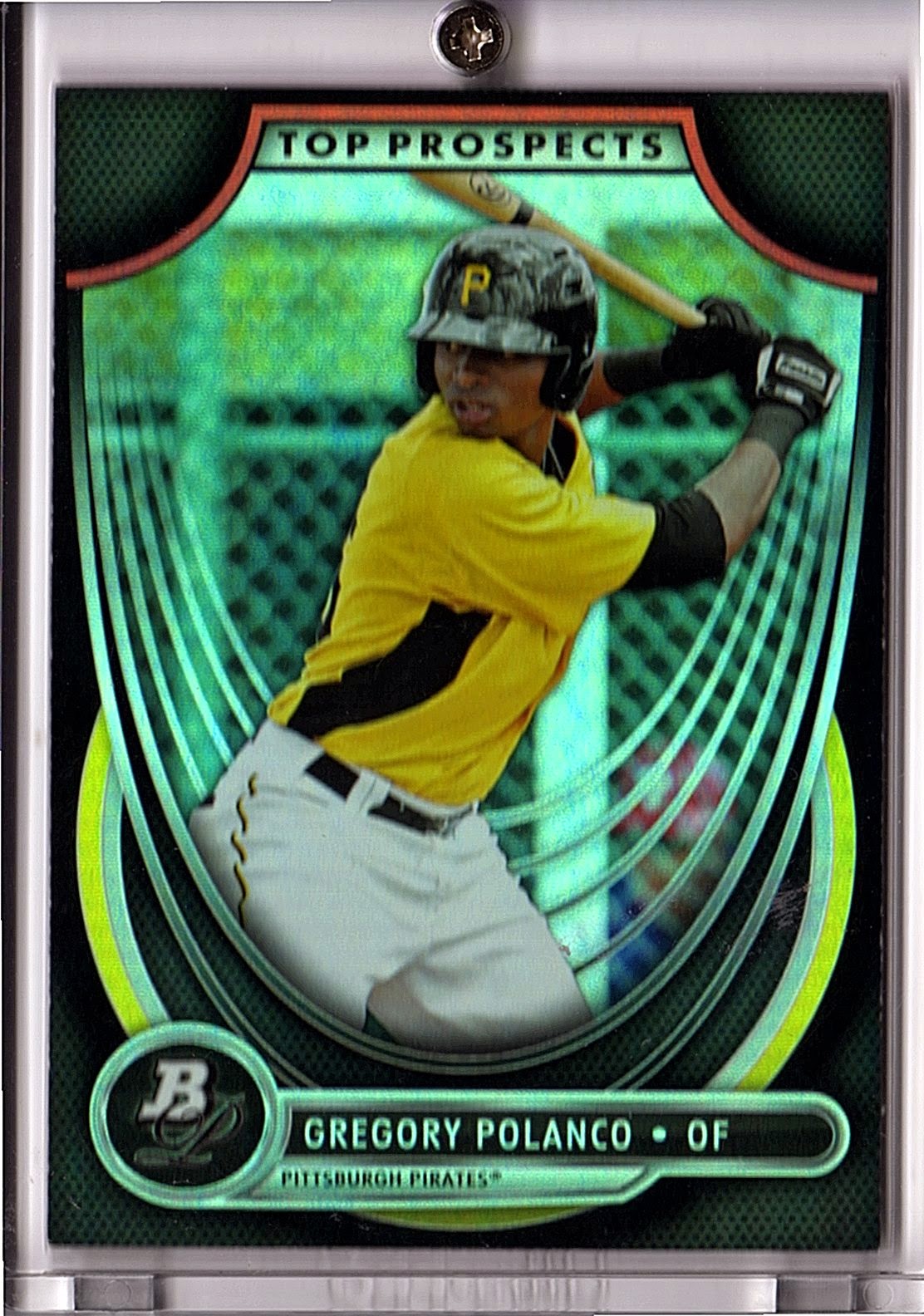 You might be wondering what a normal Bowman Platinum Polanco is doing in a heavy duty screwdown case. Well, Tony and I were wondering the same thing. This is from the Top Prospects insert set and from what I can tell the only parallels were diecuts /25. Either way Tony knows I'm a sucker for anything Polanco so the card is greatly appreciated. 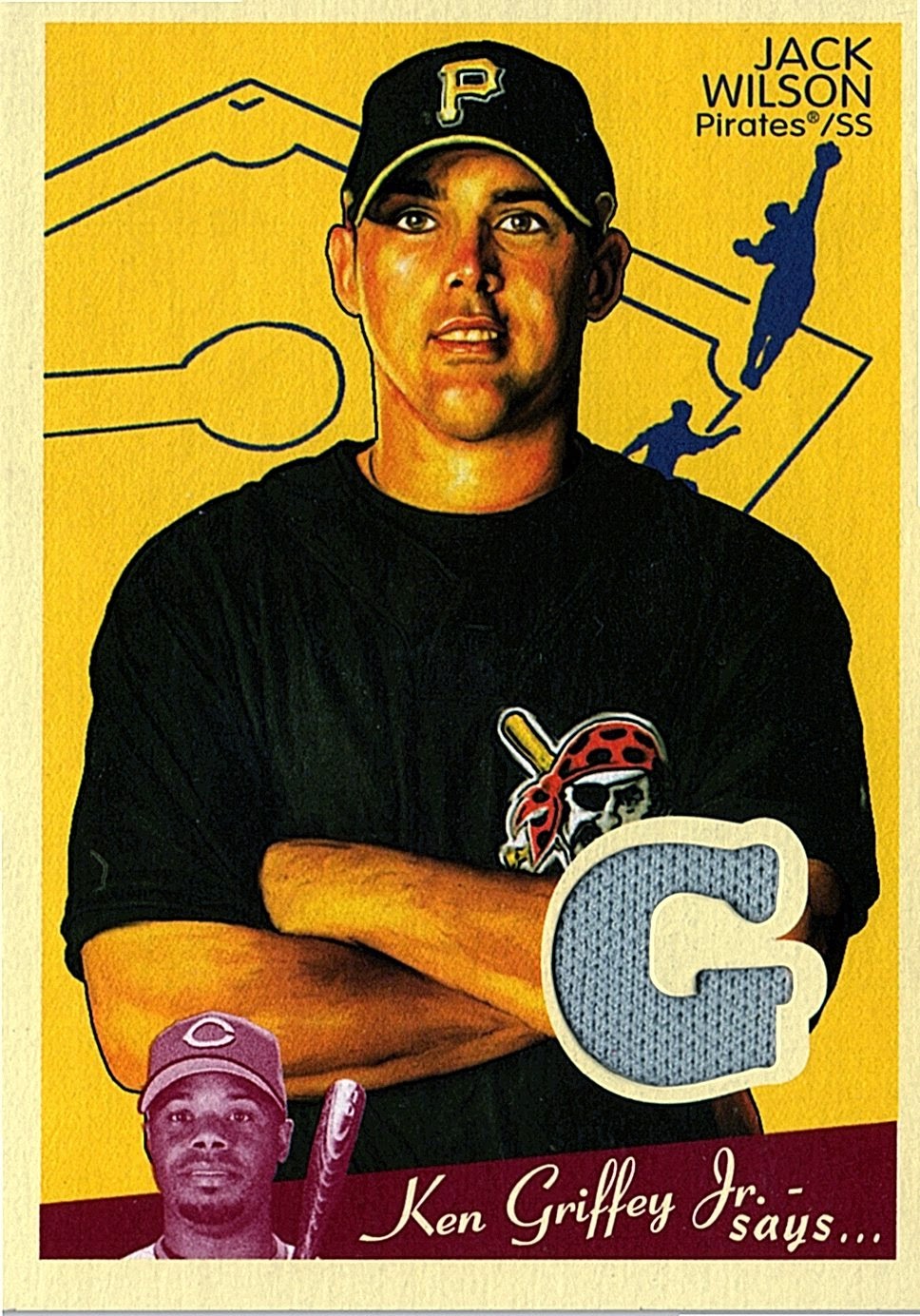 I wonder if cards like these drive Griffey collectors nuts. I'm sure some OCD player collector went out and nabbed as many of these Goudey relic cards just because Griffey was featured so prominently.

Jack Wilson was a mainstay at short for the Bucs through the 2000's. It took the Buccos almost 5 years to finally secure a decent shortstop after he left. 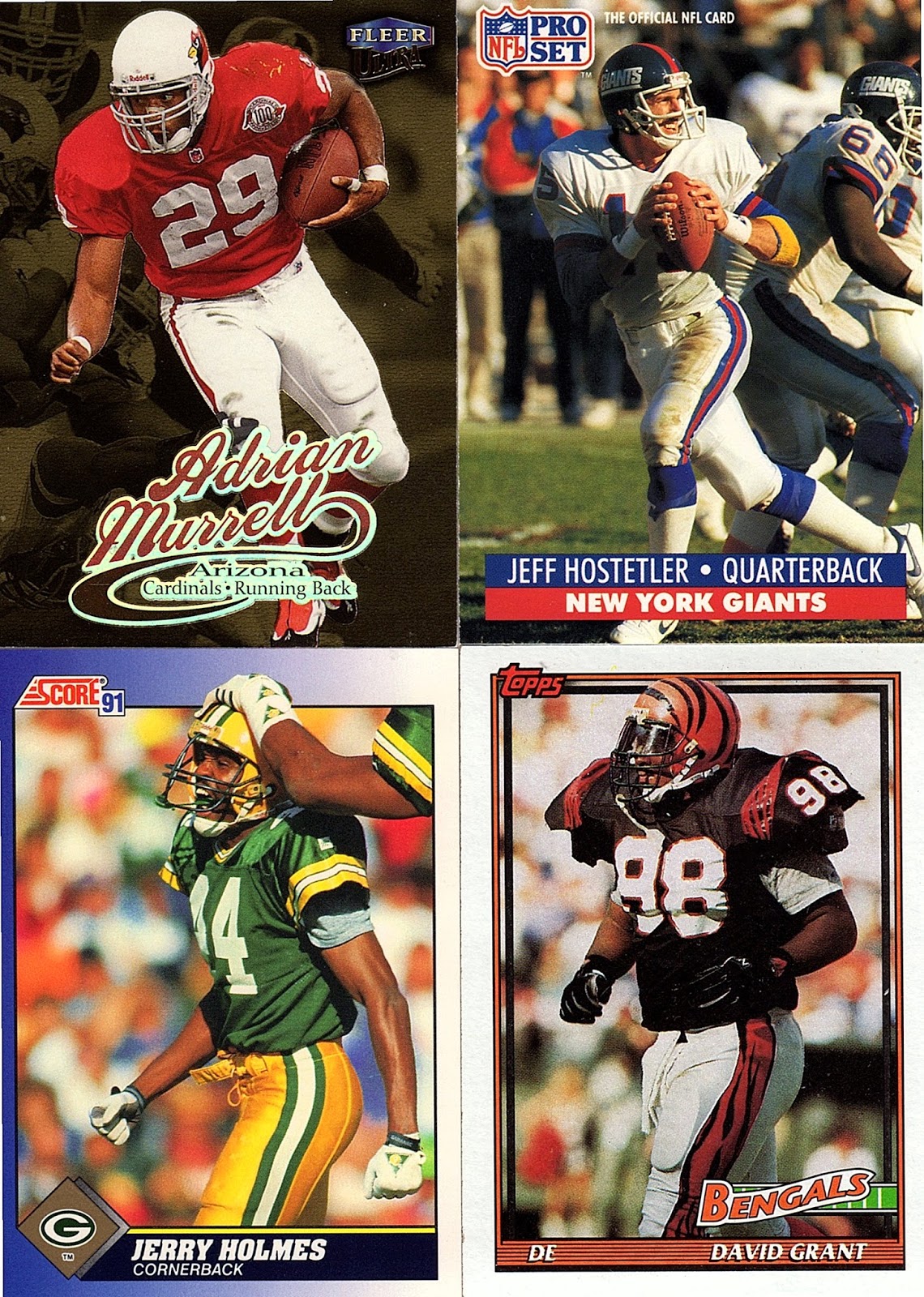 Both Adrian (Hawaiian Punch) Murrell and Jeff Hostetler had nice long pro careers. Hostetler is still a fixture in the Morgantown community whom I often run into quite a bit. A few years back he played in the same rec basketball league as me and the guy could ball. I recall him swatting the crap out of me attempting a layup.

Nice to see some more obscure WVU guys in Holmes and Grant as well.

Thanks for the great cards Tony. It seems our trades are perfectly synced since you just received my mailer too. I actually have a cool Braun card that was met for the last package, but didn't make its way into the envelope. It is set aside for next round!

Posted by BobWalkthePlank at 9:54 PM