This marks the 11th time I've received cards from vintage master Mark Hoyle with no sign of slowing down. He has almost filled a binder full of Pirates vintage for me. Mark's trades started with the late 70's and we've worked our way into the 50's. This time he hit me with some 56's and 59's. 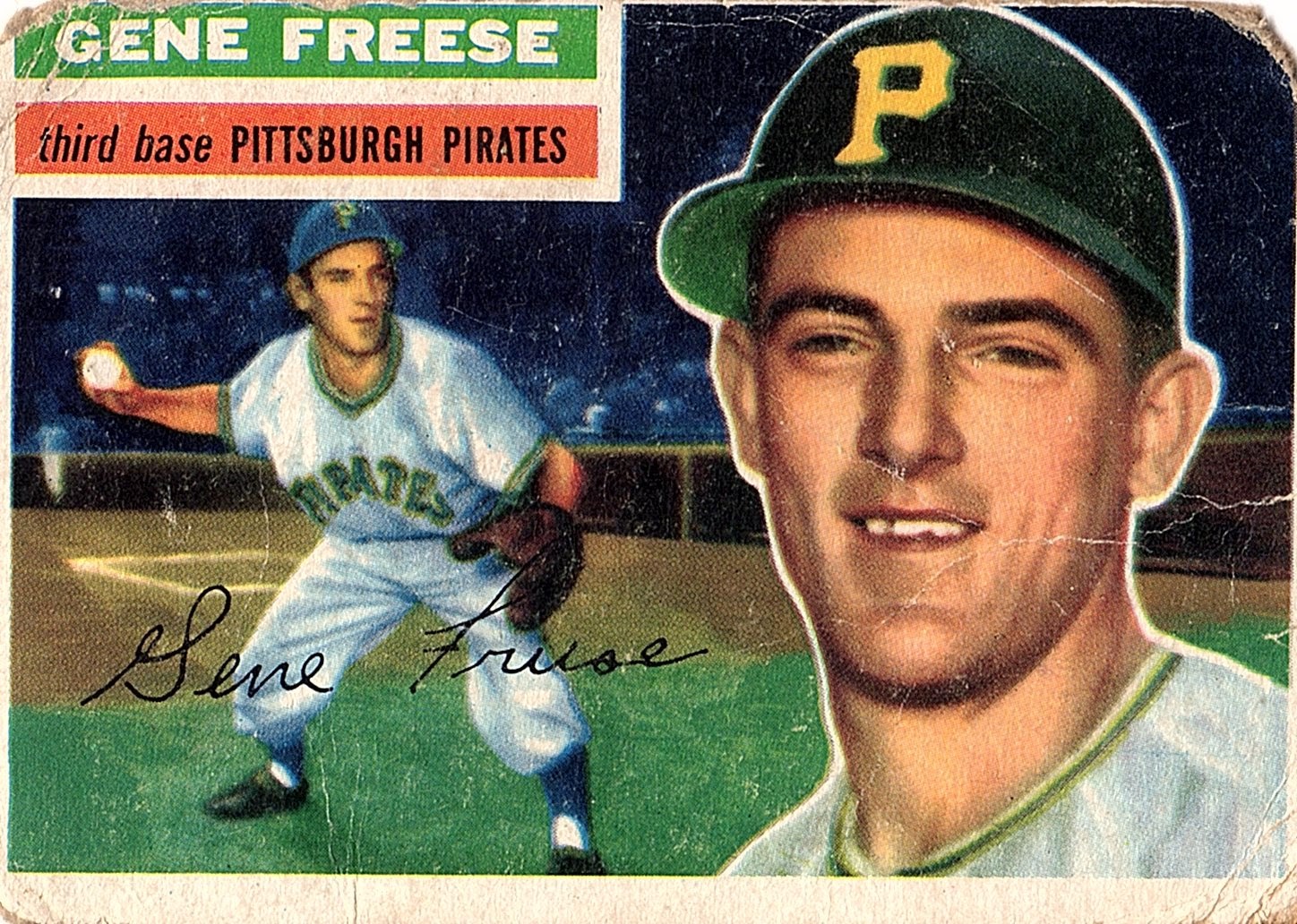 This card is a dual threat for me as I get a Pirate and the extra bonus of him being from West Virginia. He went to high school and college in Wheeling which is about an hour from where I live. 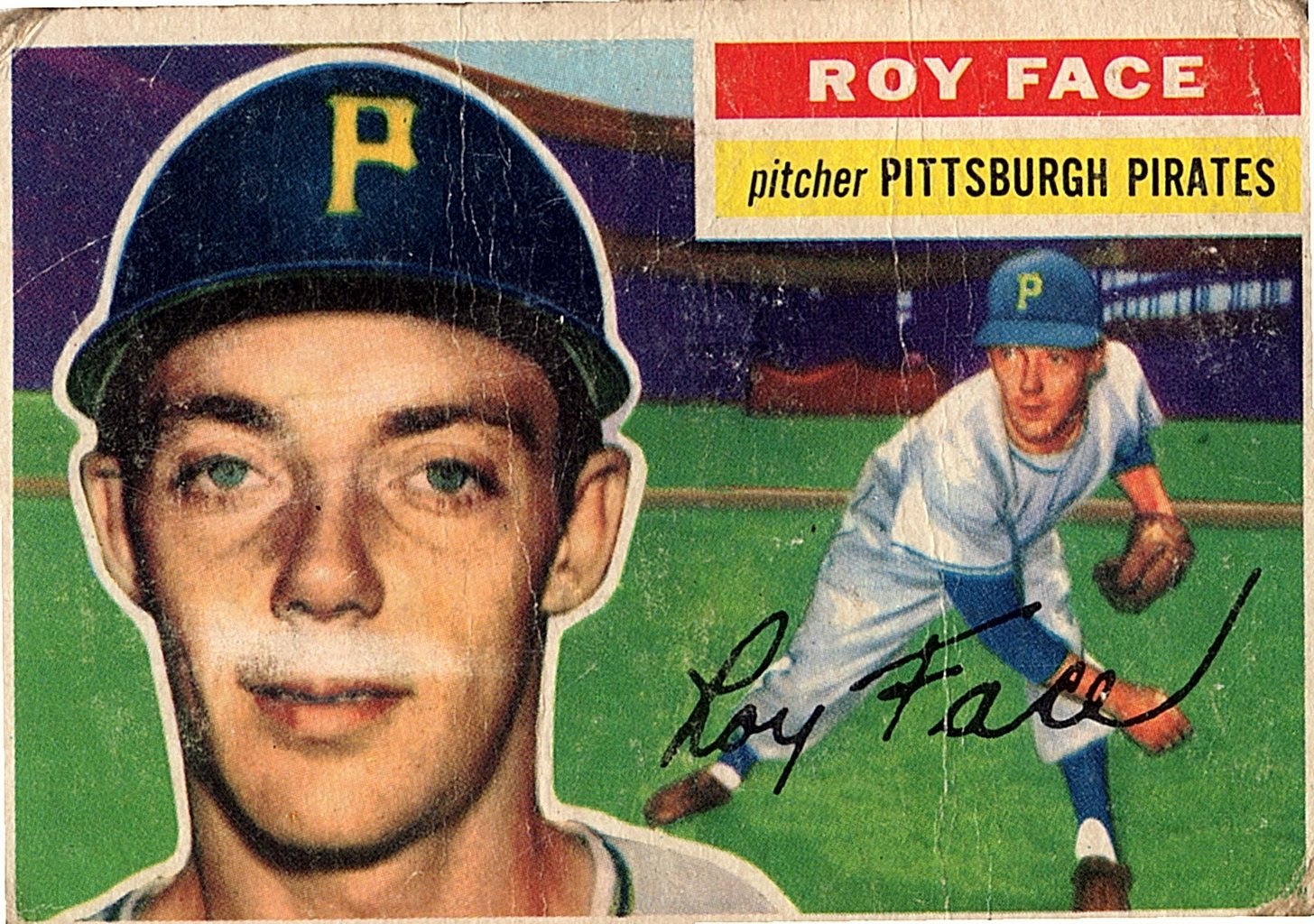 I've talked about Elroy Face a lot on my blog and how he was the archetype of the modern closer. Elroy is still going strong today. 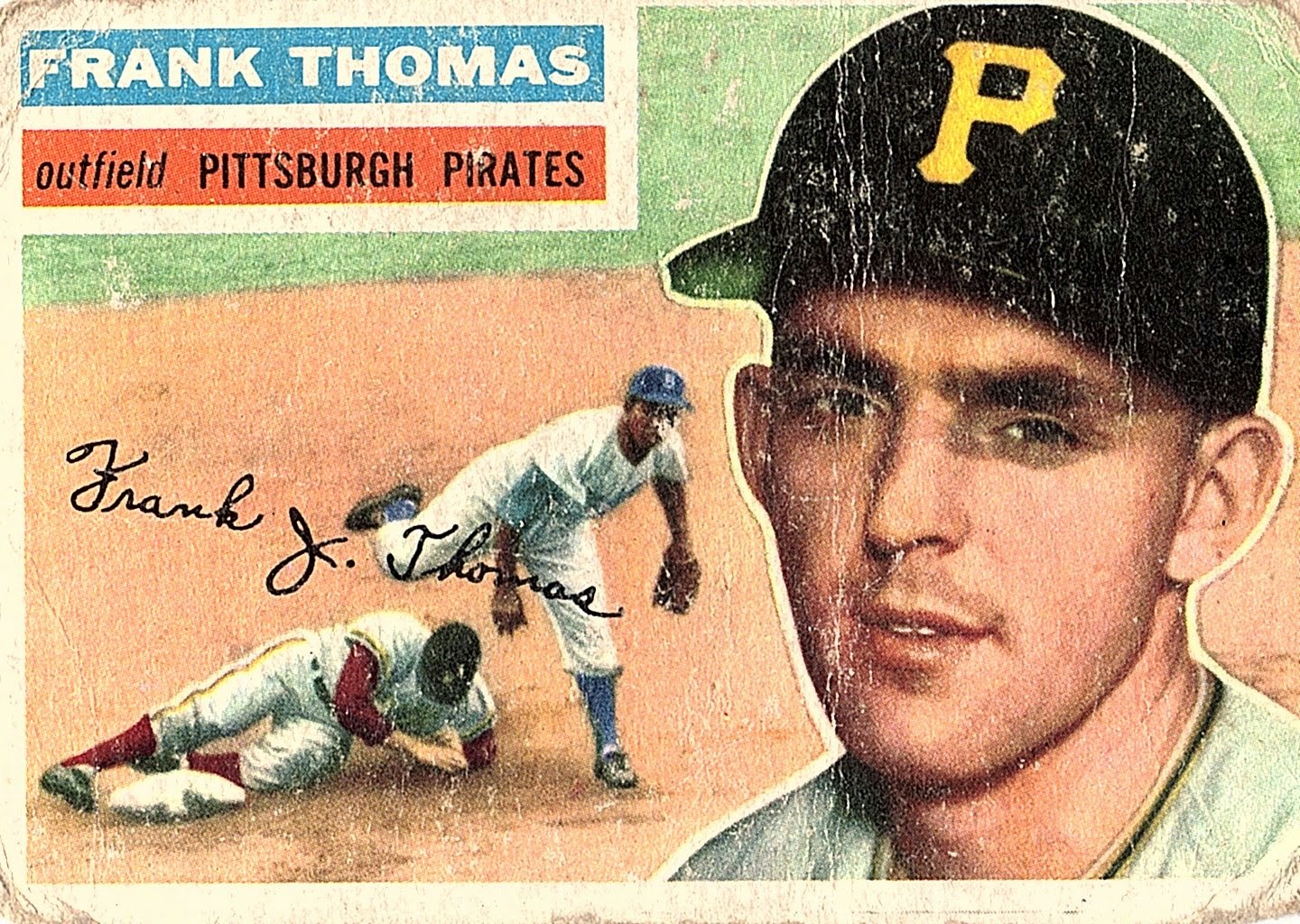 The original Frank Thomas! I've mentioned it before, but he'll often sign "the original" for auto requests. 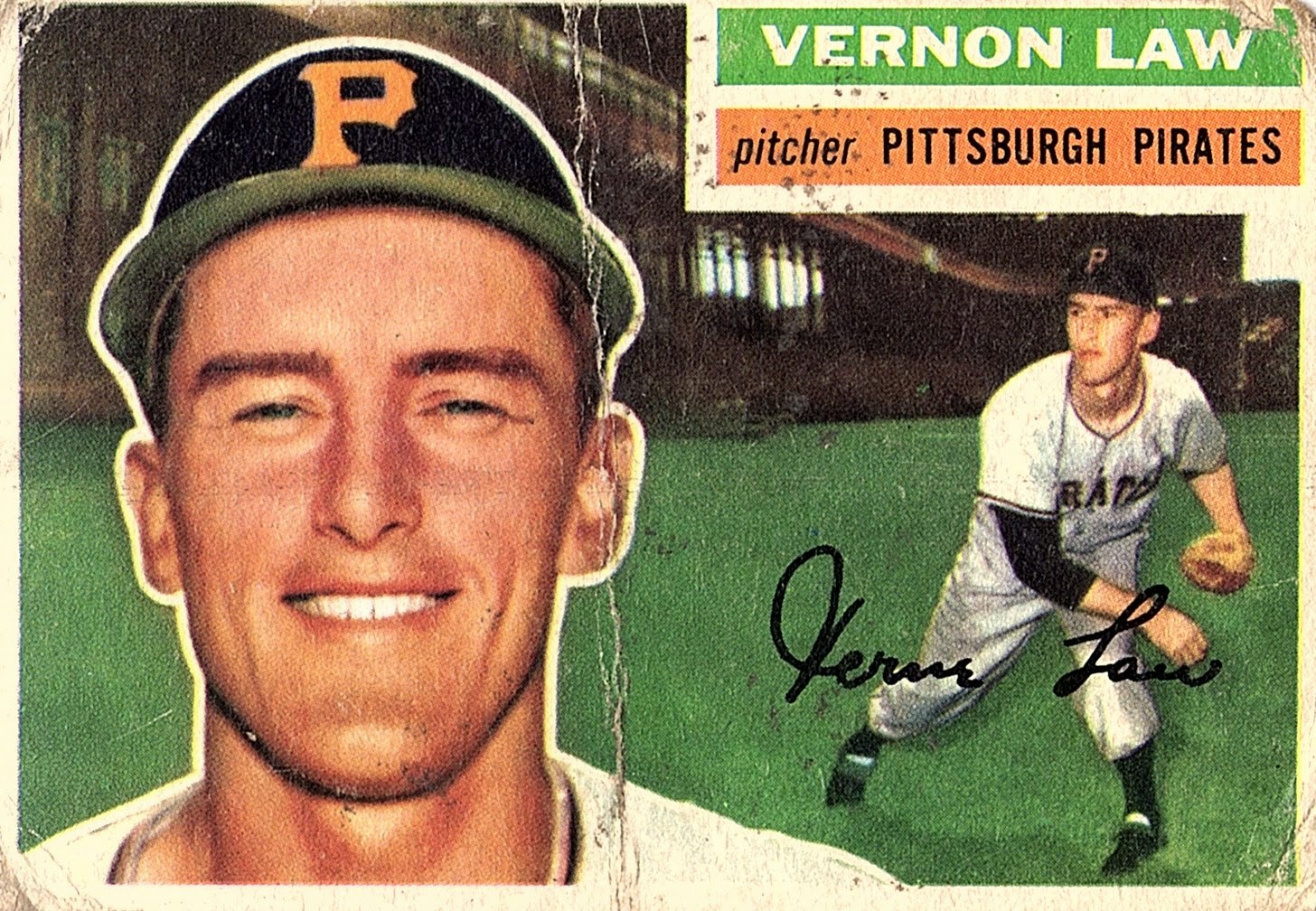 The "Deacon" Vern Law is another Pirates legend. The former Cy Young award winner and World Series hero still pops up every once in a while. 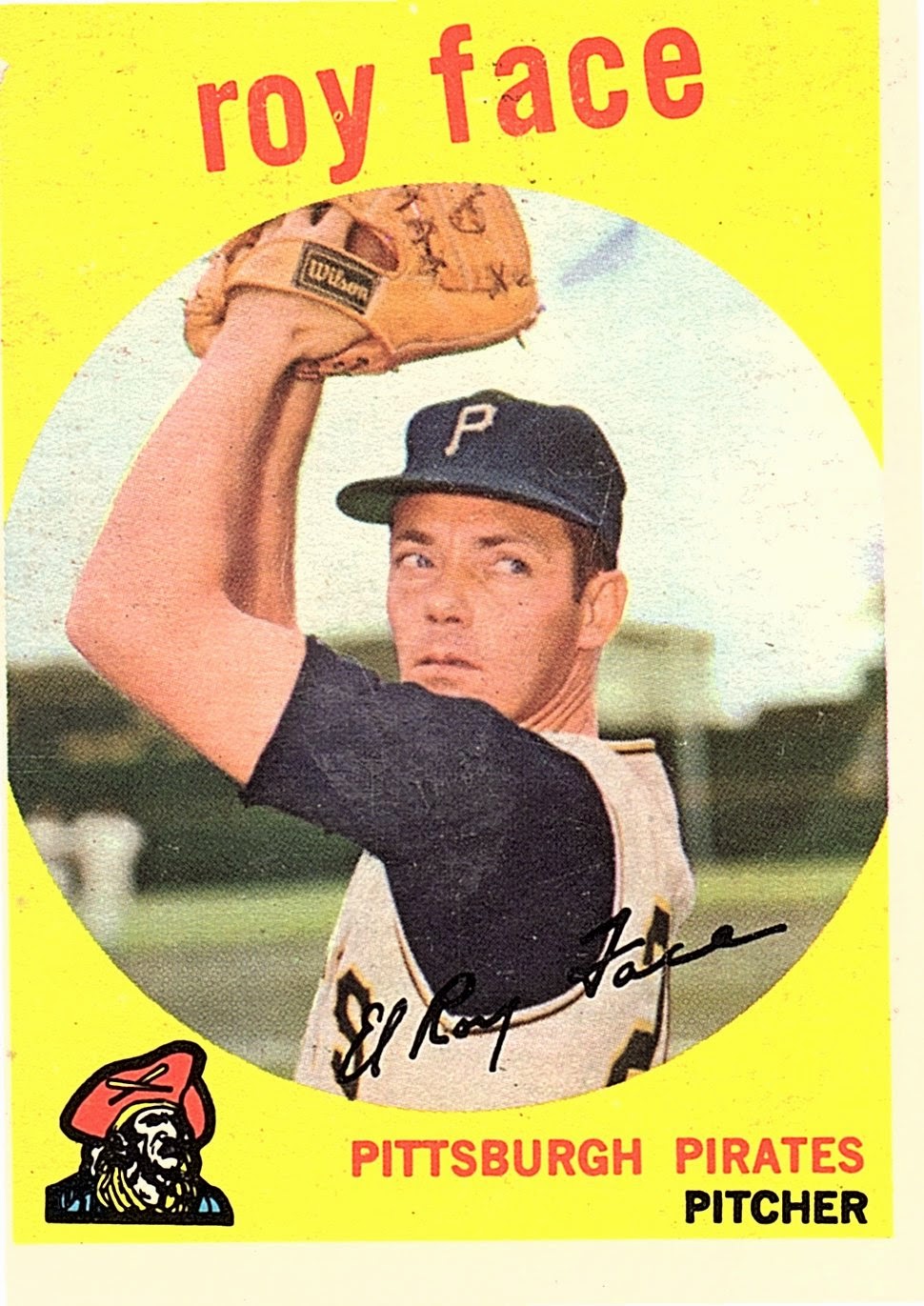 The 59 yellow Roy Face card has a nice look and is in pretty good condition. 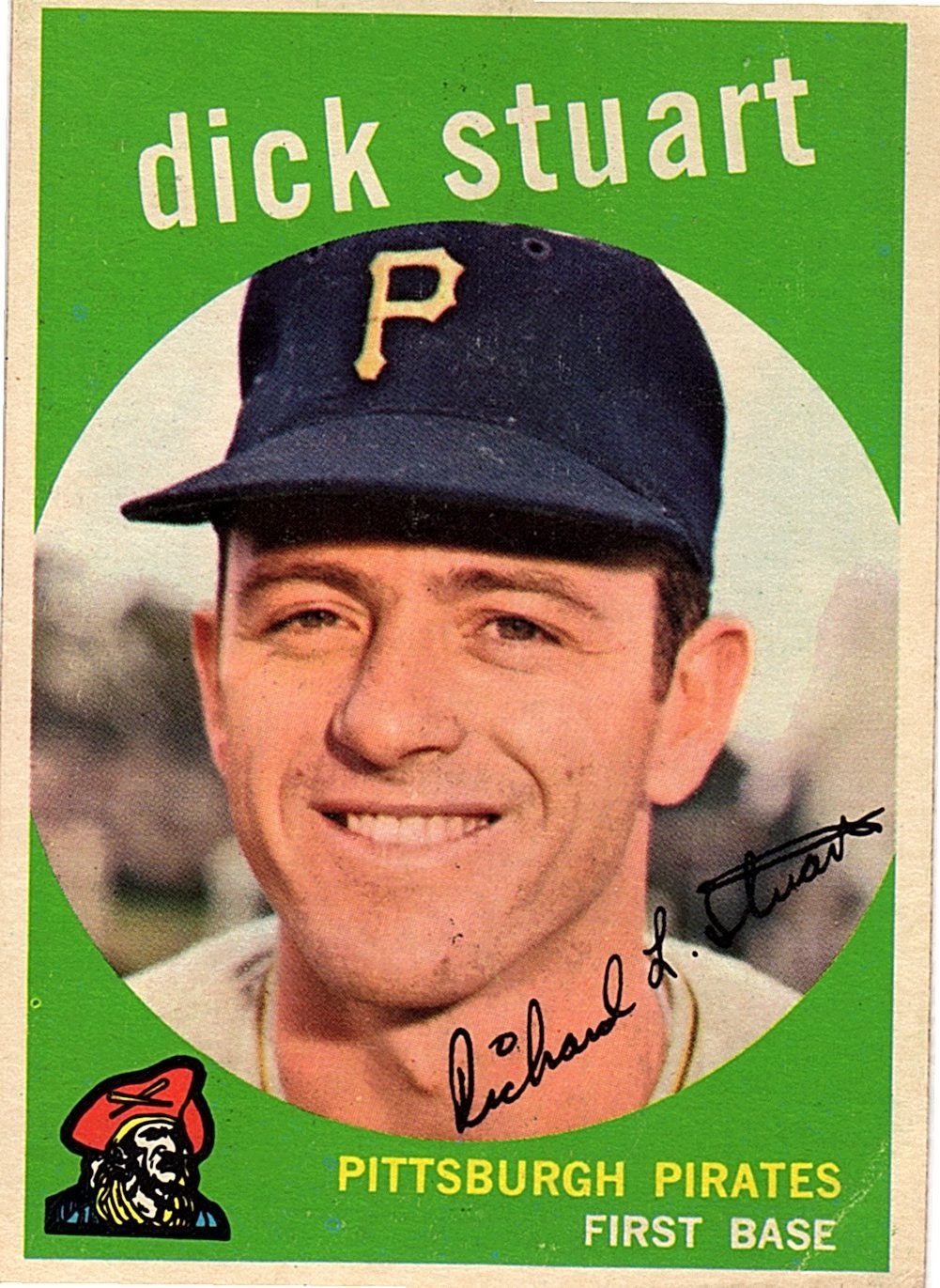 Dick Stuart had a 10 year career, but by far his best stretch was his tenure with the Pirates. 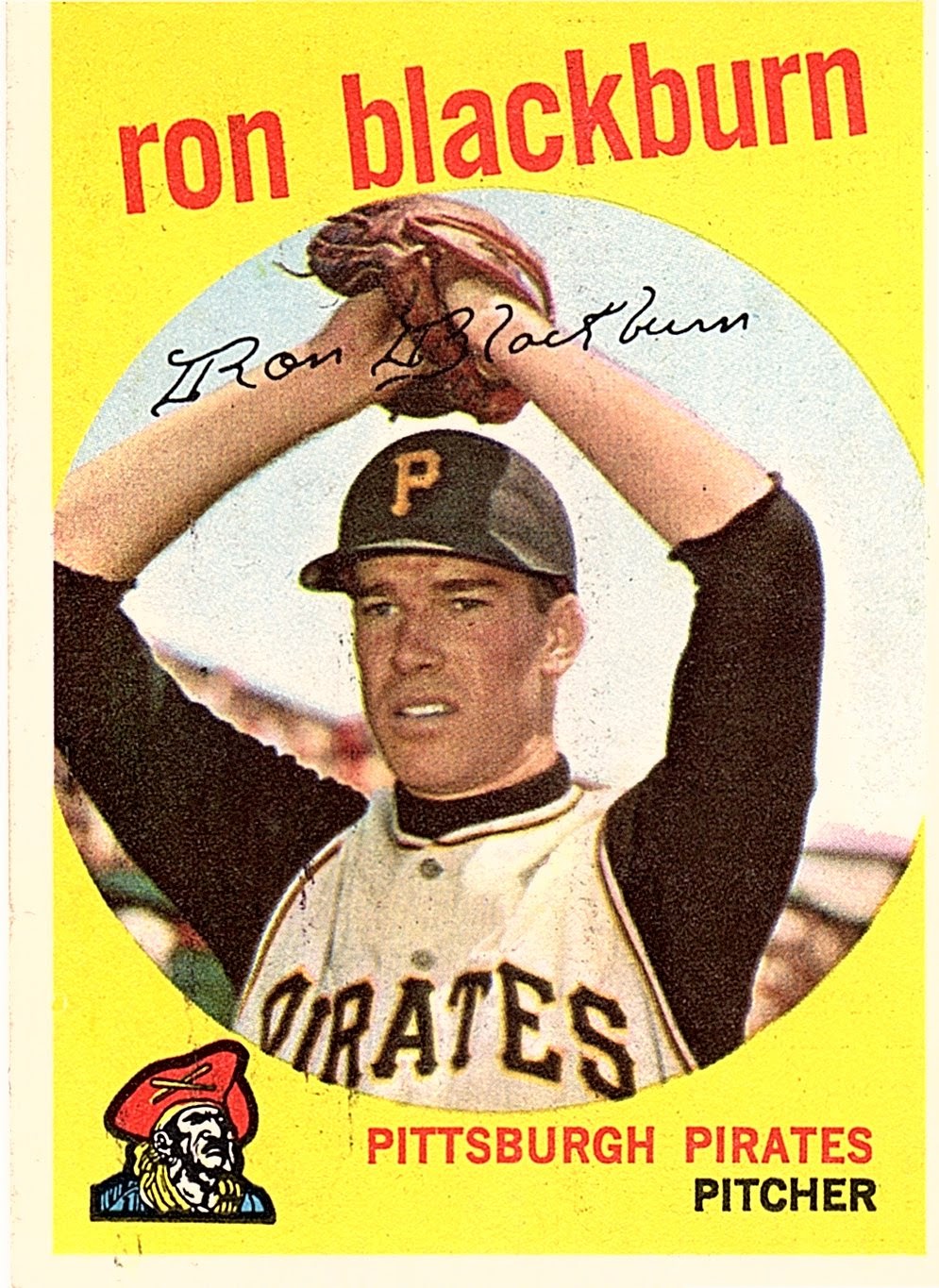 I really didn't know much about Ron Blackburn. It seems he only played two years with the Pirates and then moved back home to NC where he became the baseball coach of Western Carolina University. 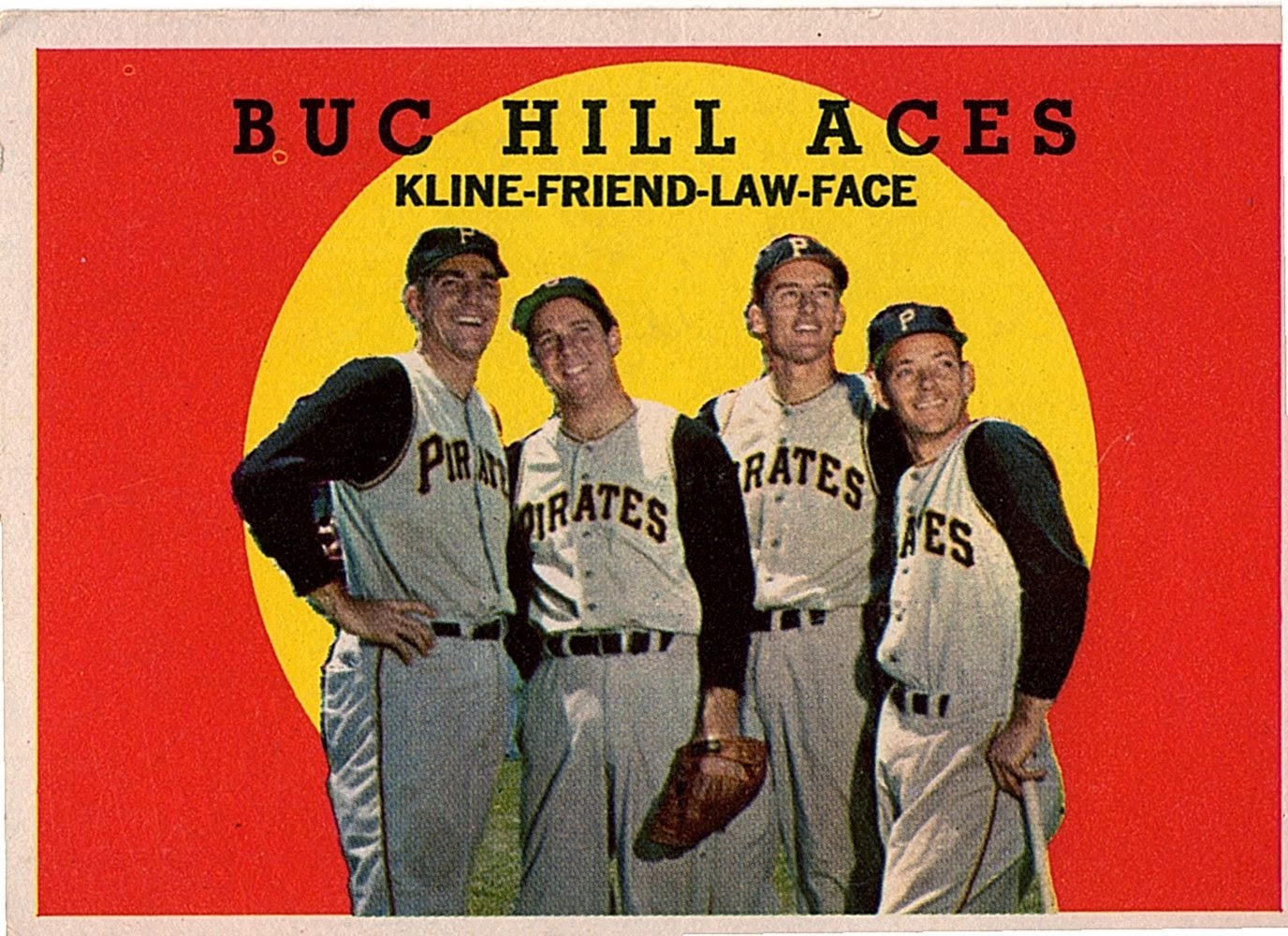 As always Mark thanks for all the great cards. A return shot will be sent very soon.

Thanks for reading.
Posted by BobWalkthePlank at 9:39 PM