Adam form Arpsmith's Sportscard Obsession and I went big for this trade. A couple months back Adam commented on a box break of Donruss in which I pulled a Madison Bumgarner patch. This quickly got a trade brewing. The other big card in the mix was a Jason Schmidt patch card that had a good chunk of the MLB tag. This card had been in my possession for a couple of years since Schmidt was a former Pirate, but he was featured in the Giants uniform. Adam would provide a better home.

This past week I received the return envelope and boy was it loaded. 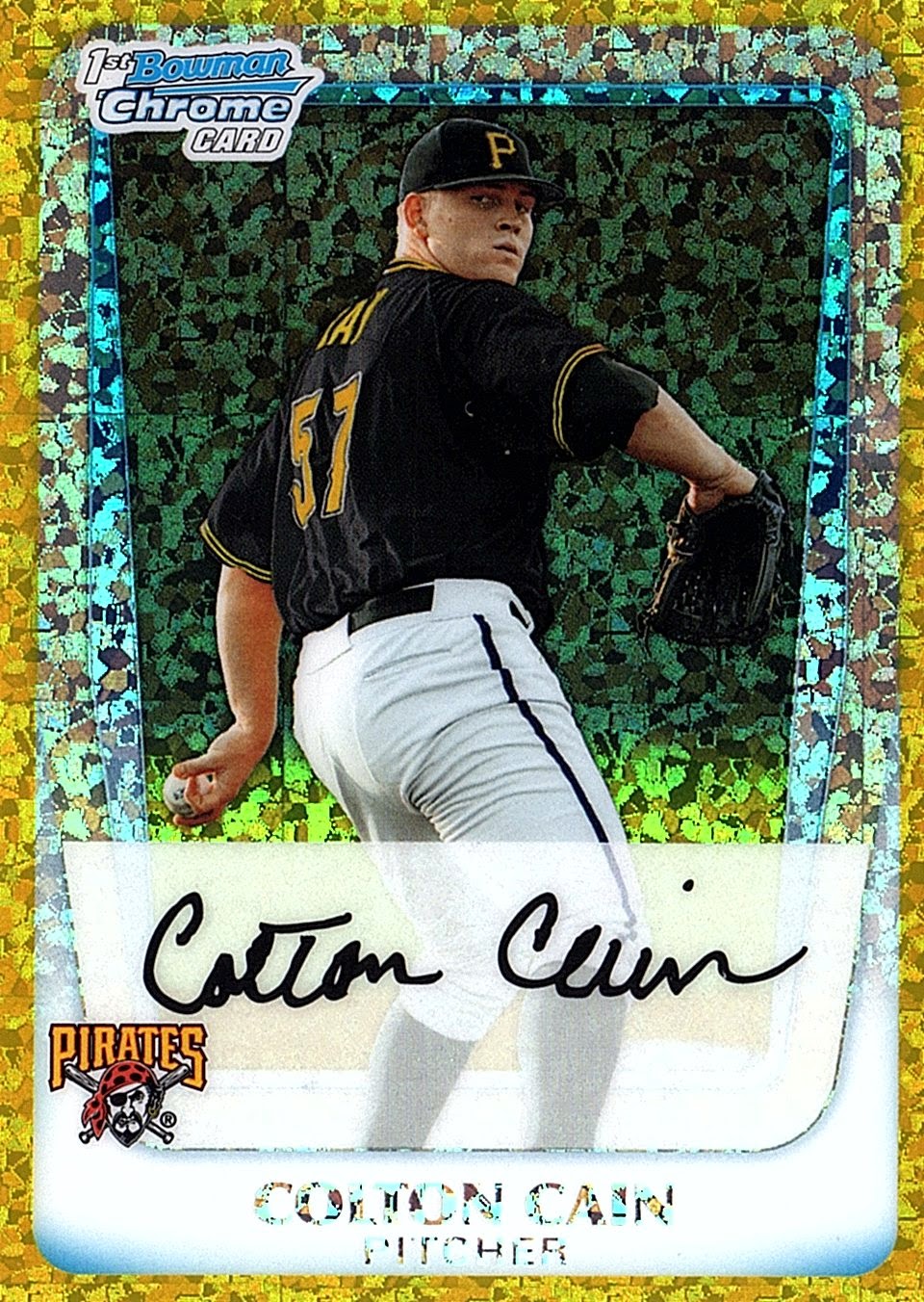 We start off with a bang. I believe this is the first Superfractor 1/1 that I've ever owned. Colton Cain was a highly touted prospect when he was drafted out of high school in 2009. That year the Pirates gave crazy bonuses to a bunch of higher draft picks to convince them to forgo their college commitments. The gamble proved to be unsuccessful as most of the guys drafted fizzled out in AA. Cain was traded to the Astros in the Wandy Rodriguez deal two years back. Nevertheless I'm very happy to own this card because these just down hit eBay very often and when they do they go for high $ amounts no matter the quality of the player. Adam was even nice enough to send it in a one touch magnetic. It is so sparkly! 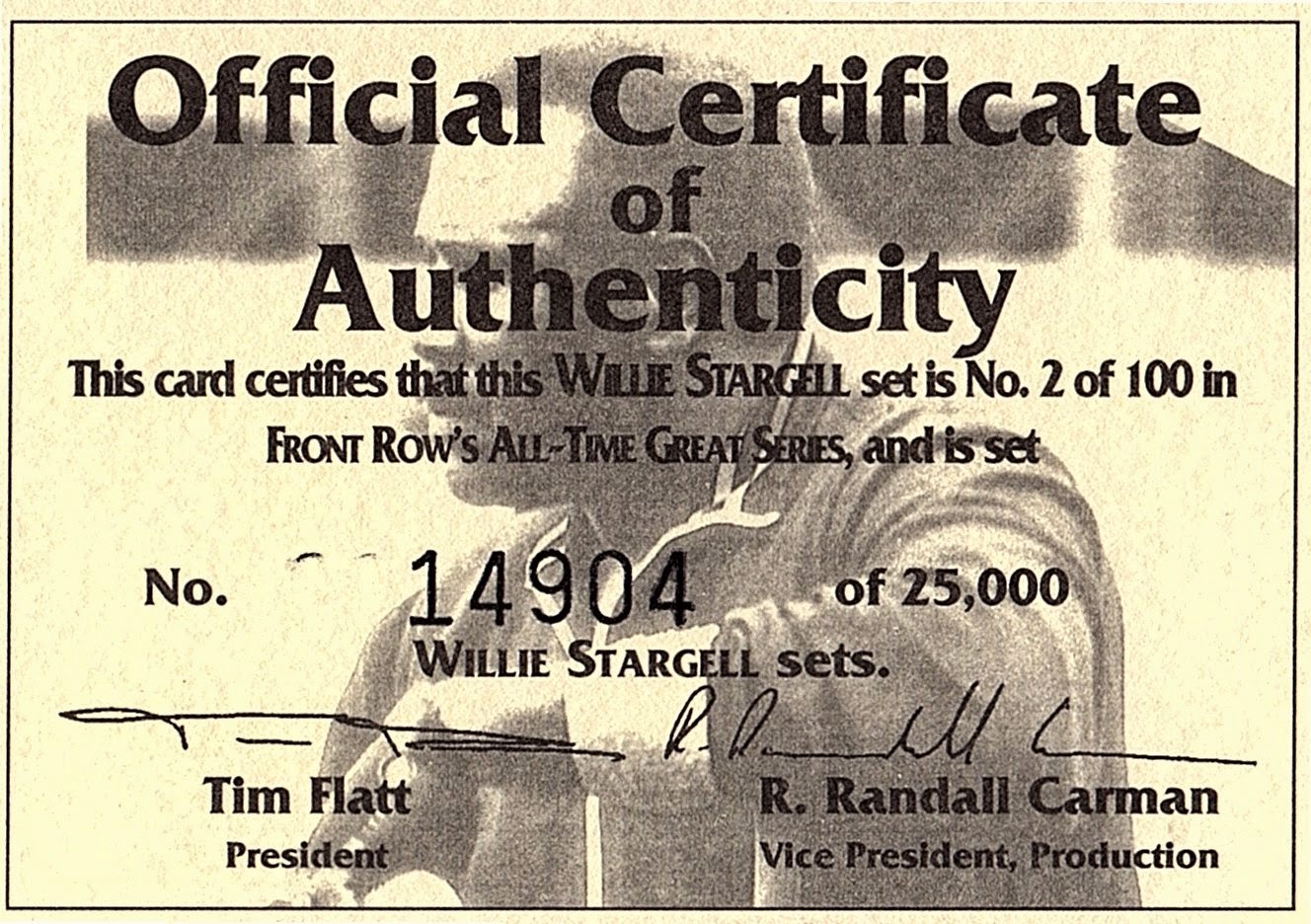 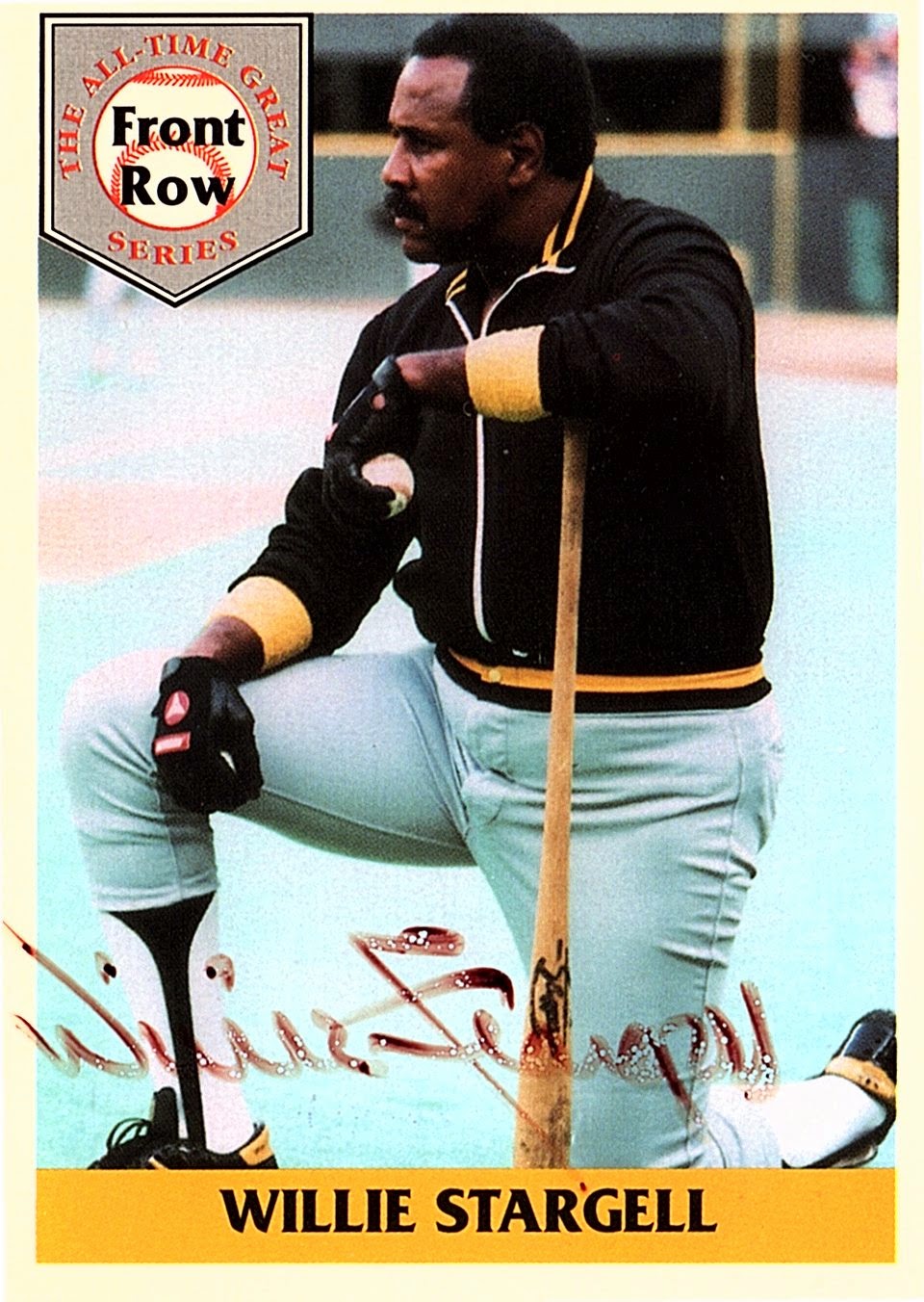 I love to hoard Willie Stargell autos. He has to be one of the leaders in odd ball autographs. This Front Row card is a nice example. 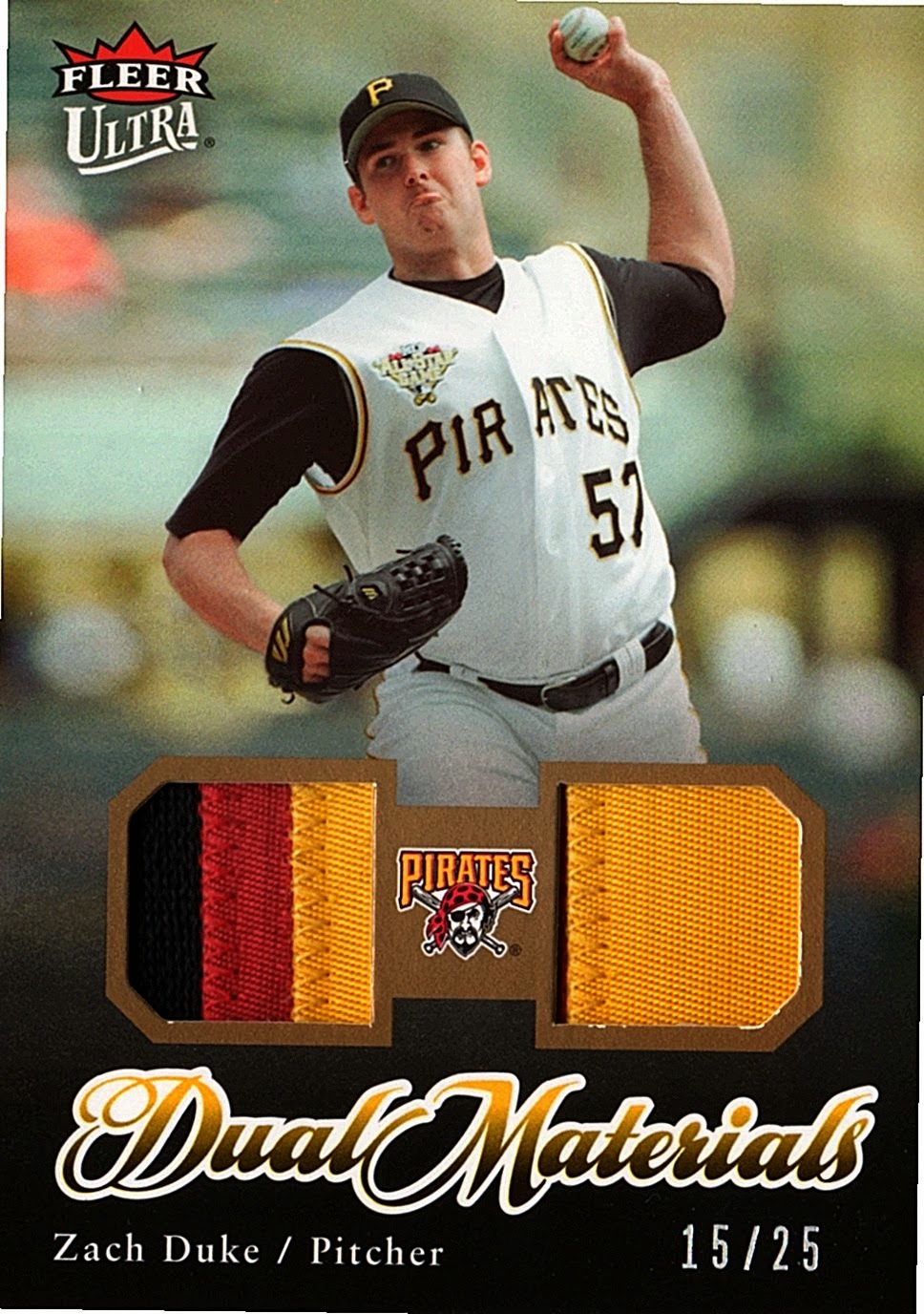 Funny story about this Zach Duke patch. I've been slowly working on a list of cards that for some reason seem to avoid me when I try to win them on eBay. This just happens to be one of my white whales. This card has popped up on eBay a few times in the past couple of years and for some reason I never win it. I've always been attracted to this card for the red patch. So Adam little did you know you knocked off a big card for me. 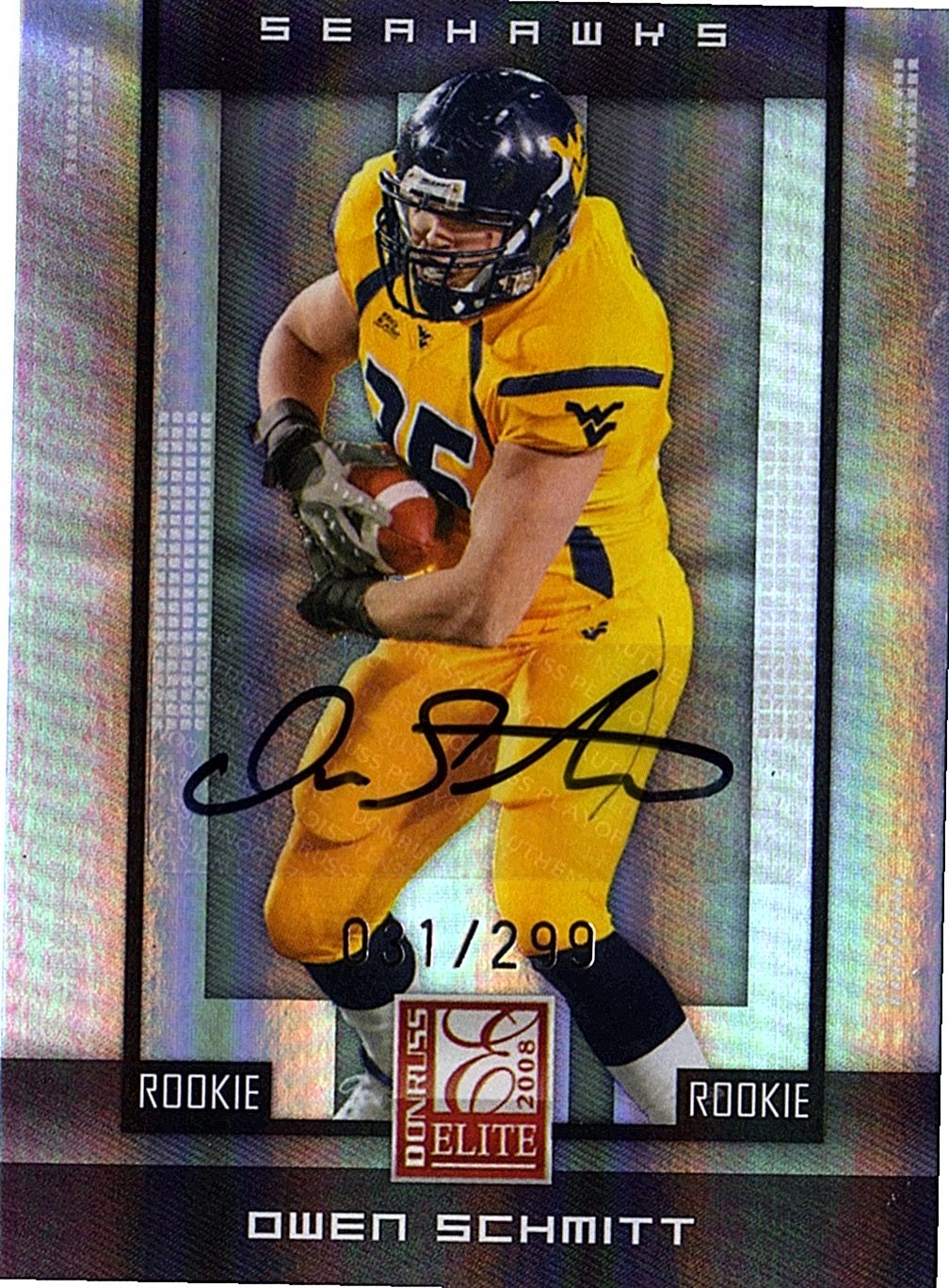 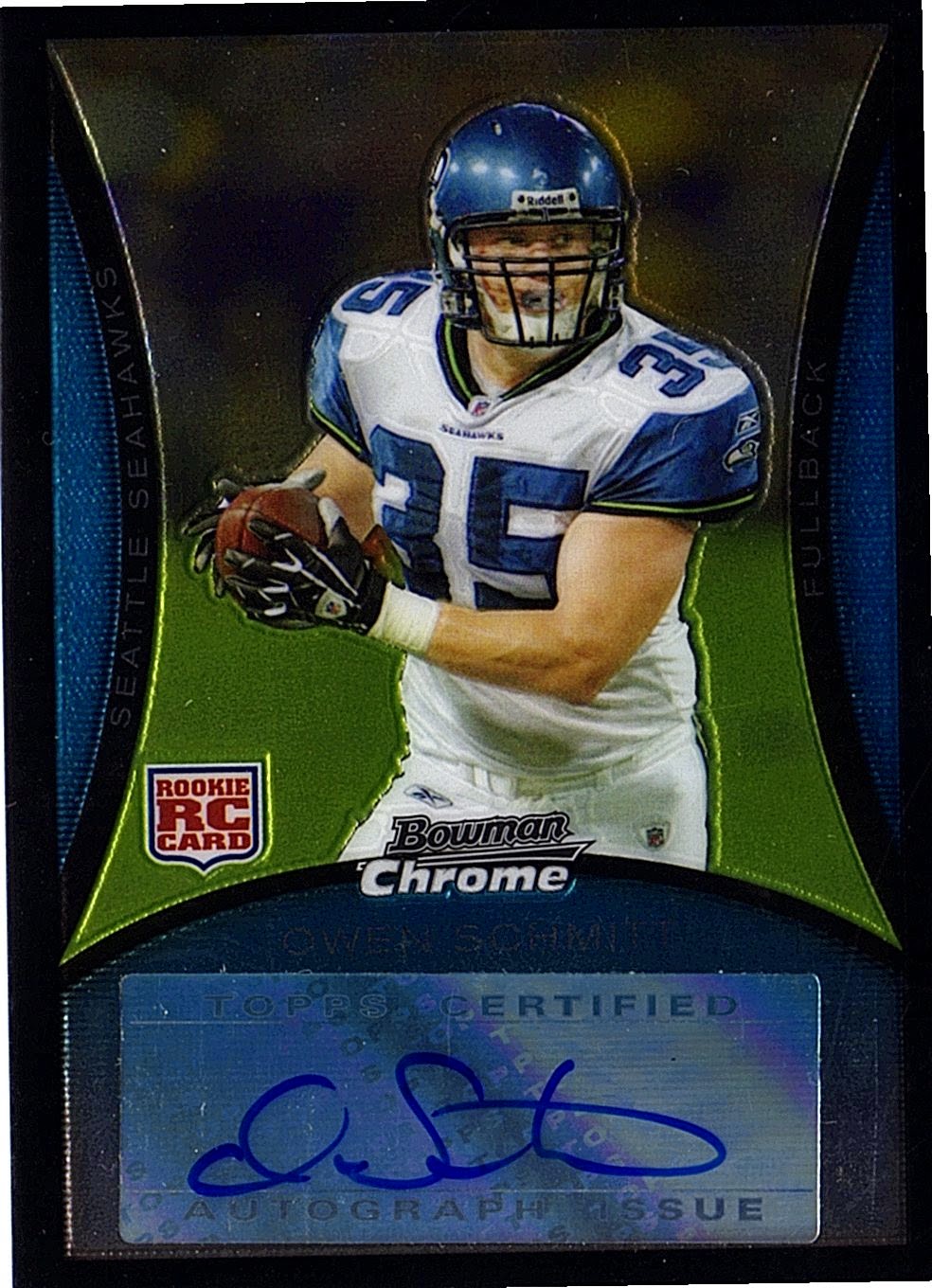 Owen Schmitt is a legend in Morgantown. His physical running style made him a fan favorite from the first day he played a game. I love the Donruss Elite auto featuring the all gold Mountaineer uniform. 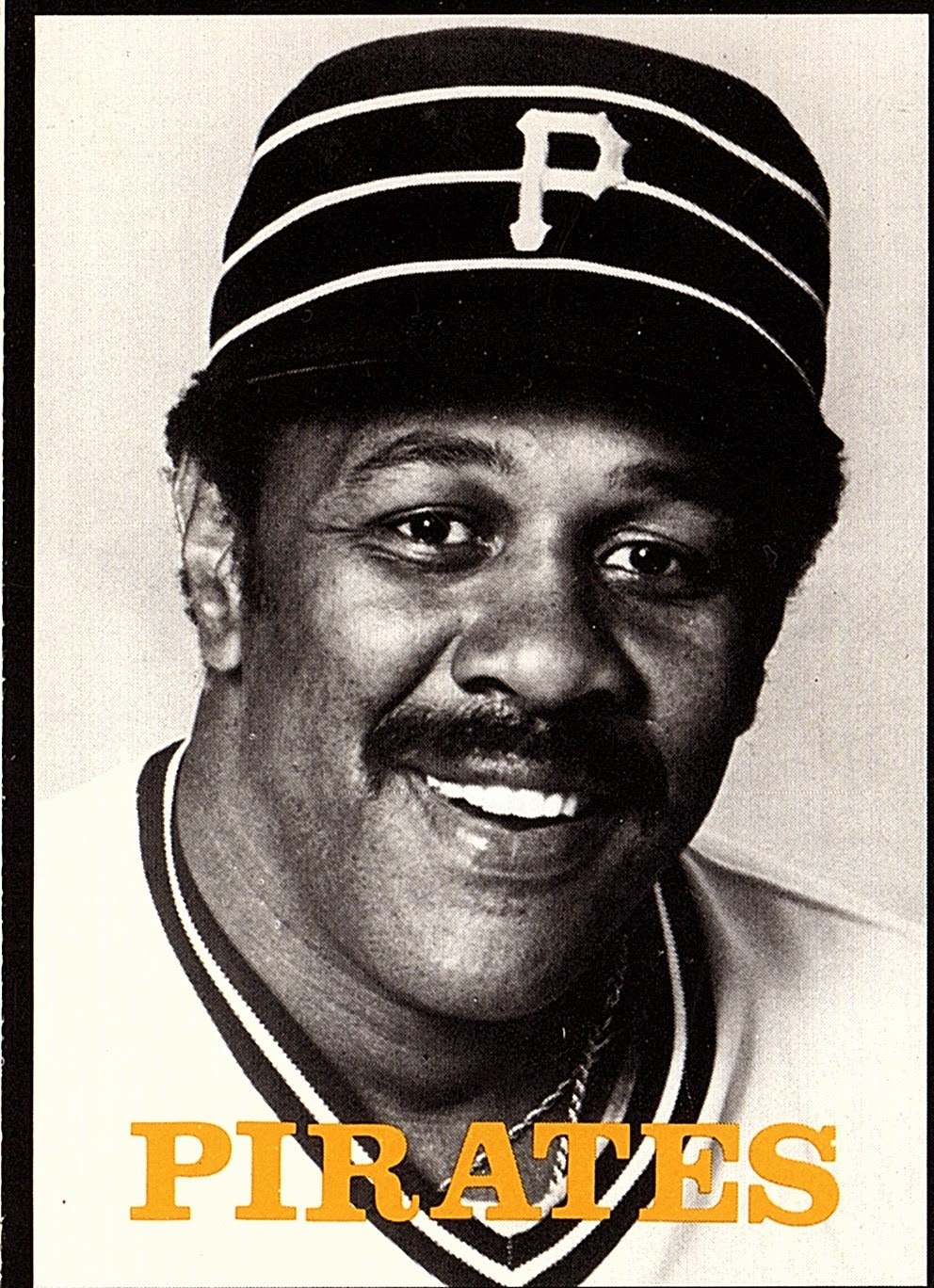 This oddball is labeled on the back "Junior Watson Trophy Dinner 1983." Awesome card! 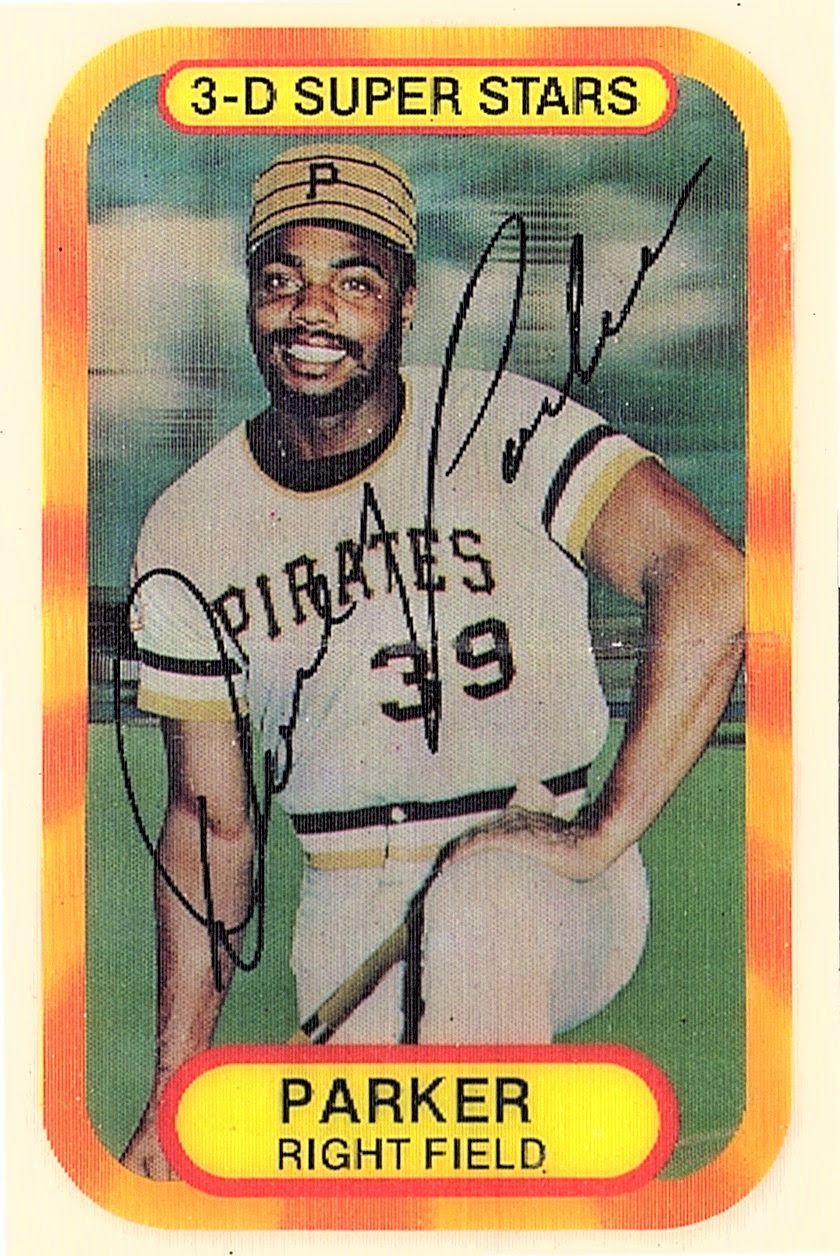 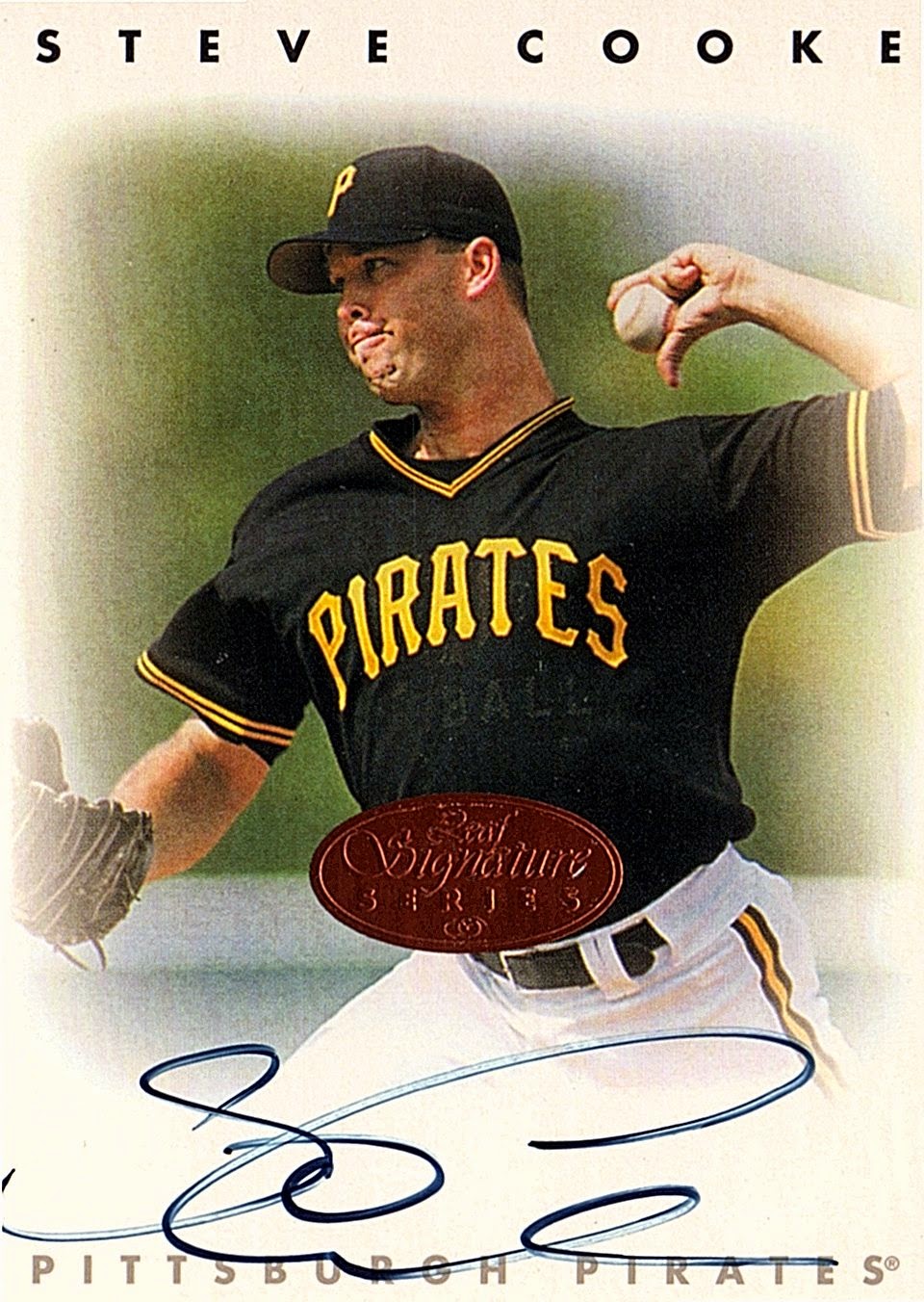 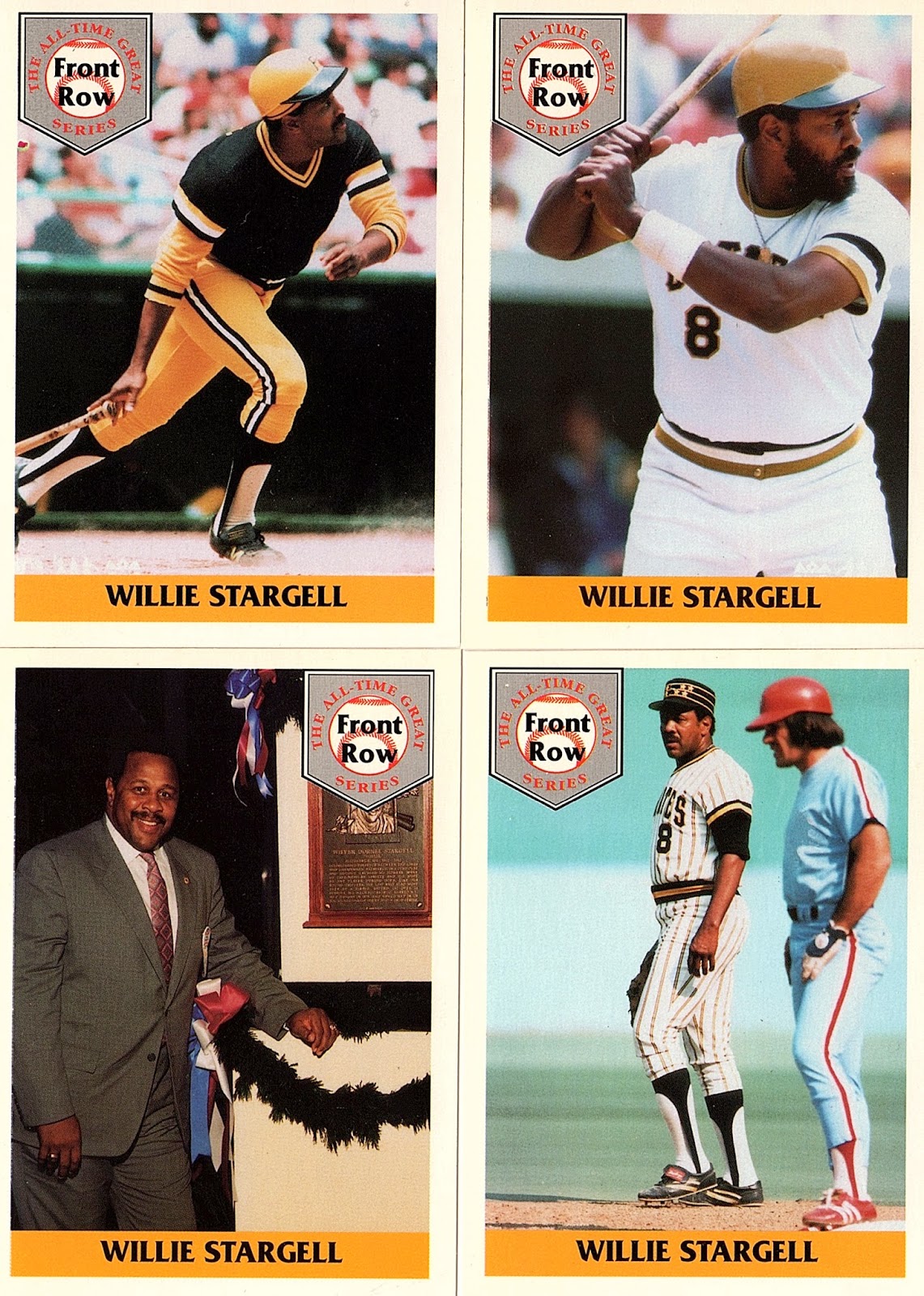 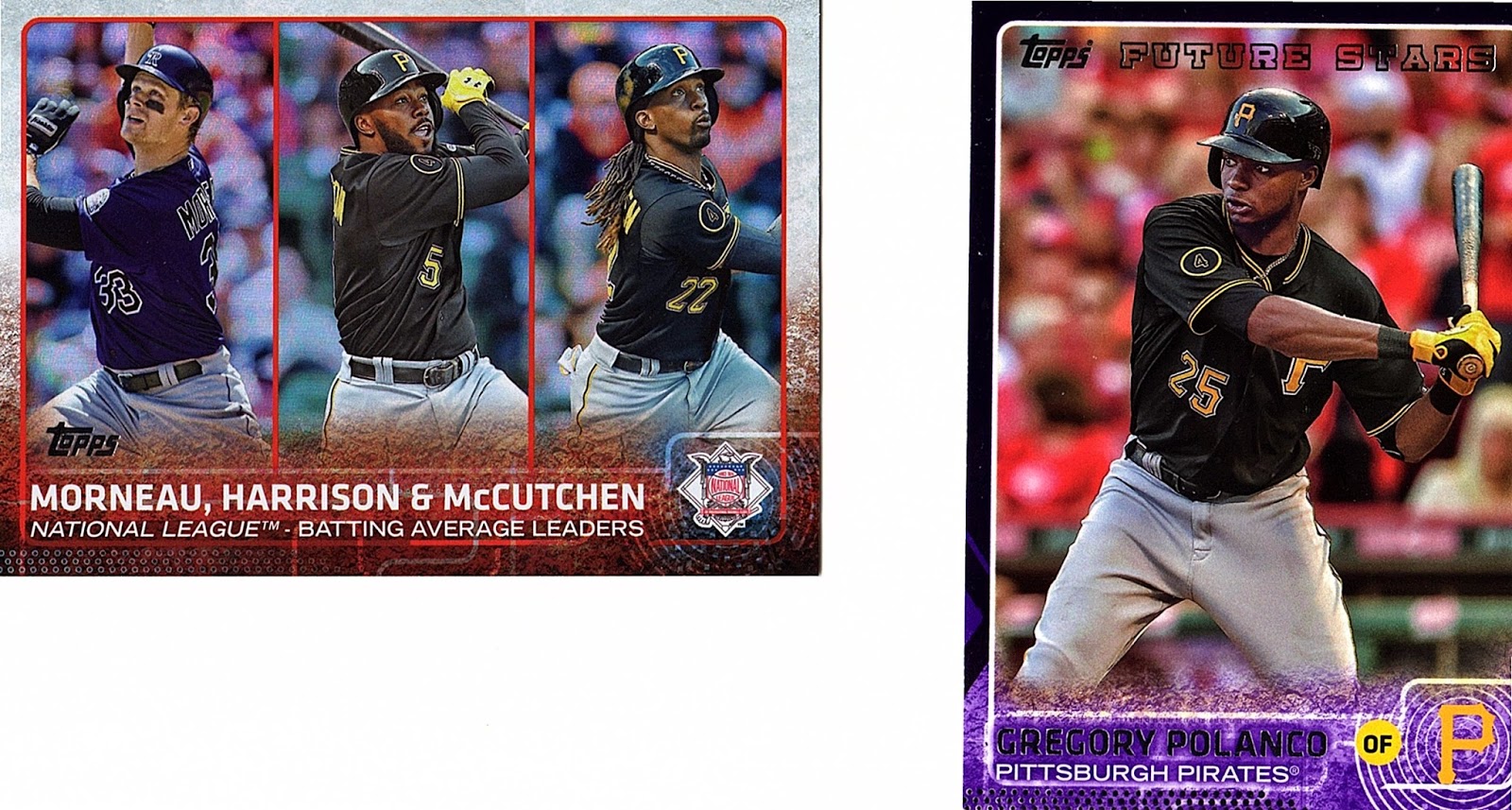 I was so pissed when Walt Weiss sat Morneau a good part of the last week of the season in order to help him win the batting title. Harrison's chances were slim, as he slumped a little the last two weeks, but it would have been nice if Morneau actually played his way to it. Freaking Rockies should worry about the product on the field rather than helping a veteran back end himself into an award. 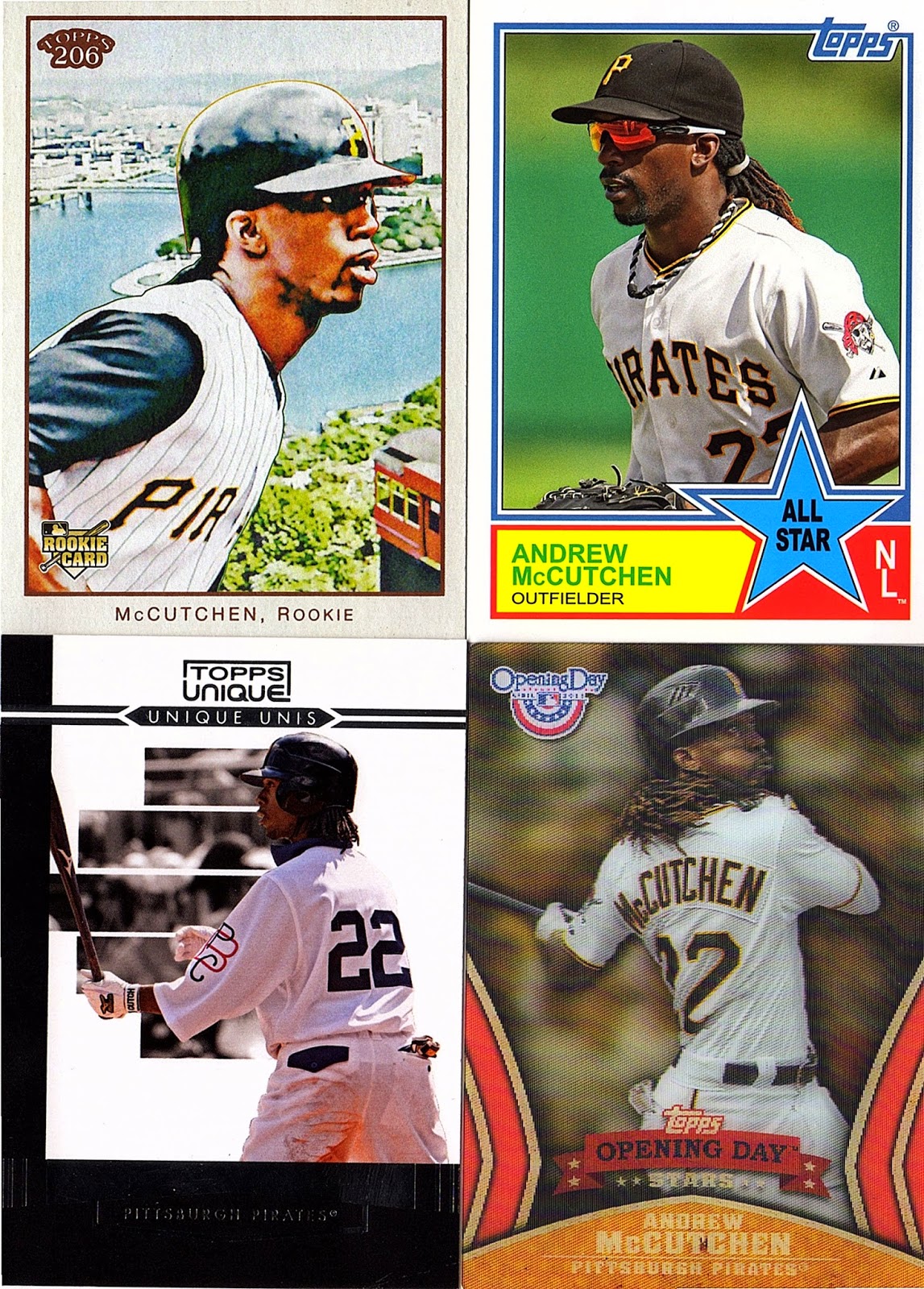 I was really excited to see this Unique Unis card from Topps Unique. I have a few "hits" from this high end set, but don't have many of the inserts. Great addition to my Cutch collection.

Thanks for the great trade Adam! Looking forward to our next swap.

Thanks for reading.
Posted by BobWalkthePlank at 8:50 PM