Jared and I have swapped cards several times since he started blogging. He makes for an easy trade partner as he enjoys Red Sox and quite a few catchers. This time around he hooked me up with a bunch of great cards. 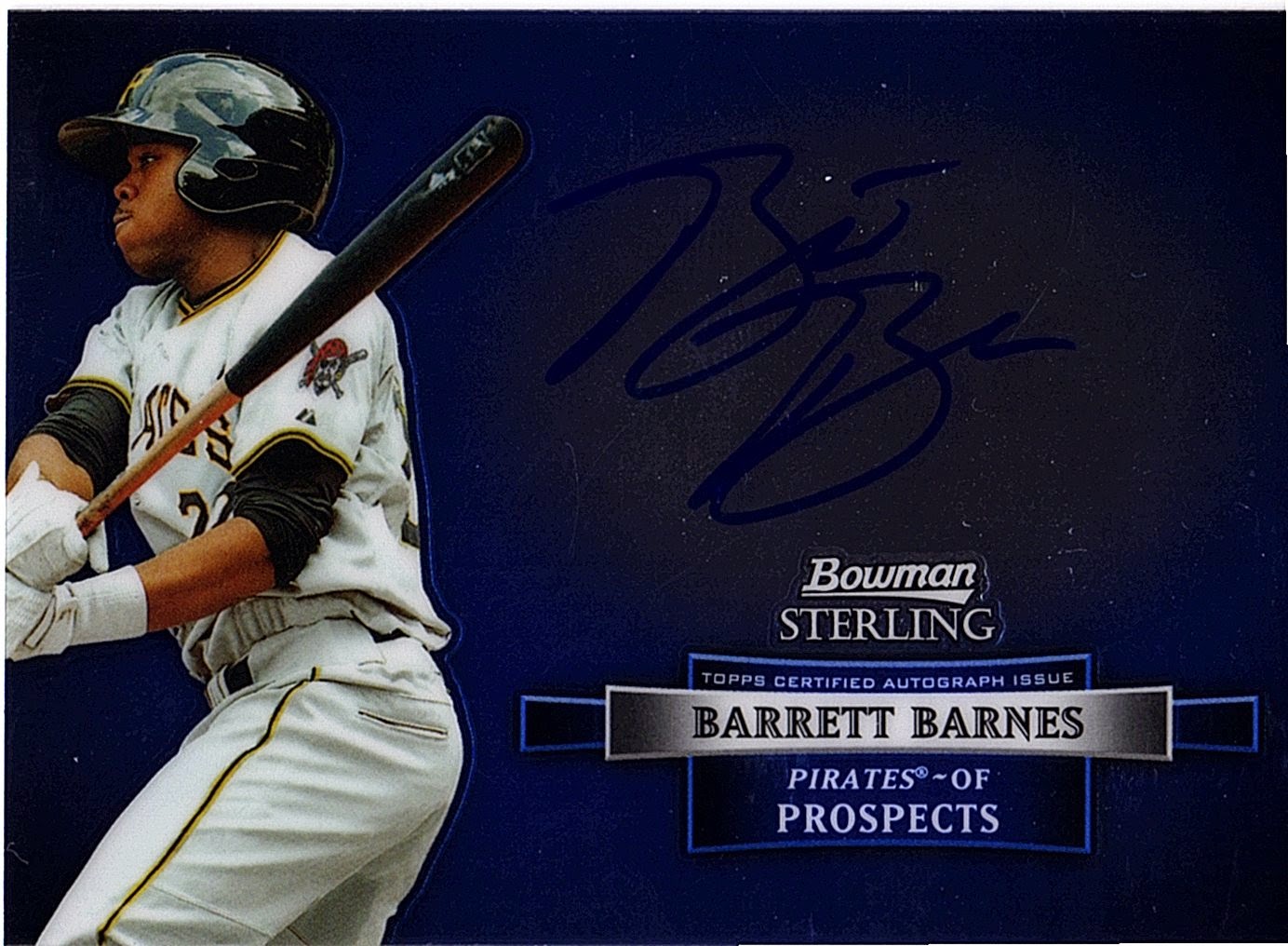 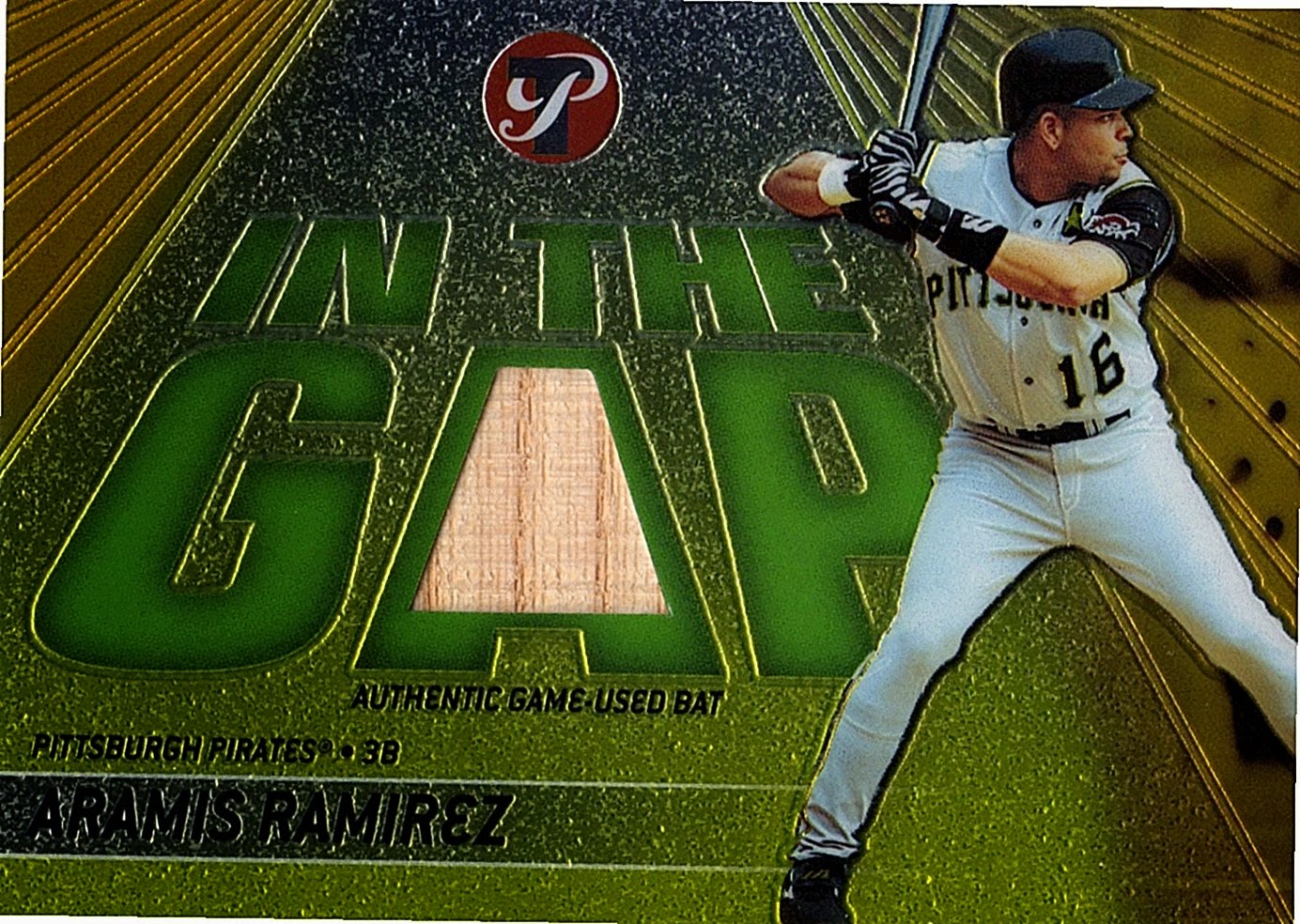 Jared was nice enough to throw in an auto of Barrett Barnes and a cool bat relic of Aramis Ramirez. I've been going back lately and trying to tie up some loose ends with Ramirez autos and relics so this was a welcome edition. Aramis's time with the Pirates was fairly brief, but it coincided with the relic boom so he has a decent amount out there. 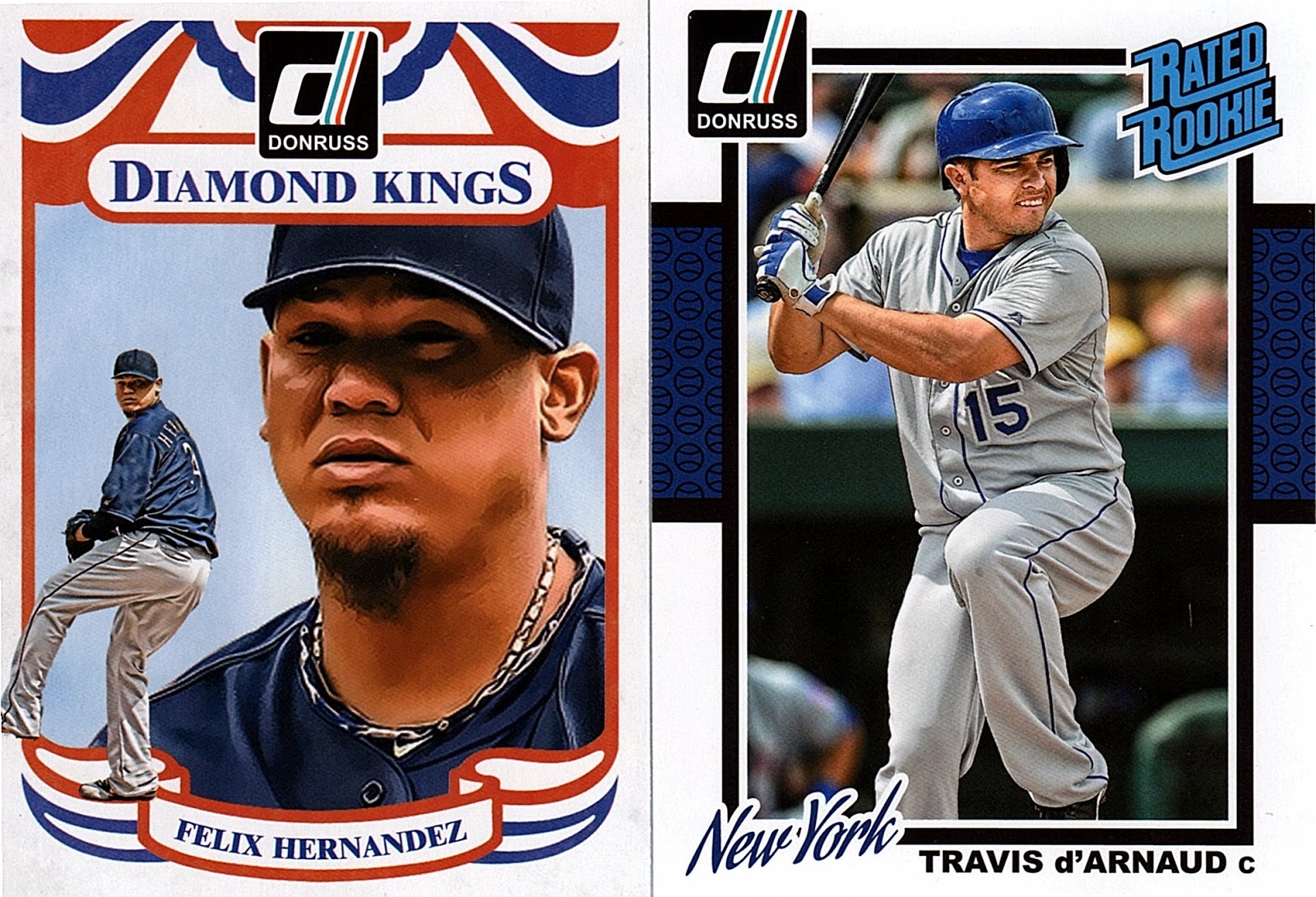 A while back I posted that I was close to finishing the Donruss Series 1 set and Jared was able to help with a couple of holes. The Diamond Kings and Rated Rookies are short prints so they are proving to be a pain in the butt. I'll probably hit just commons soon to fill most of my set holes. 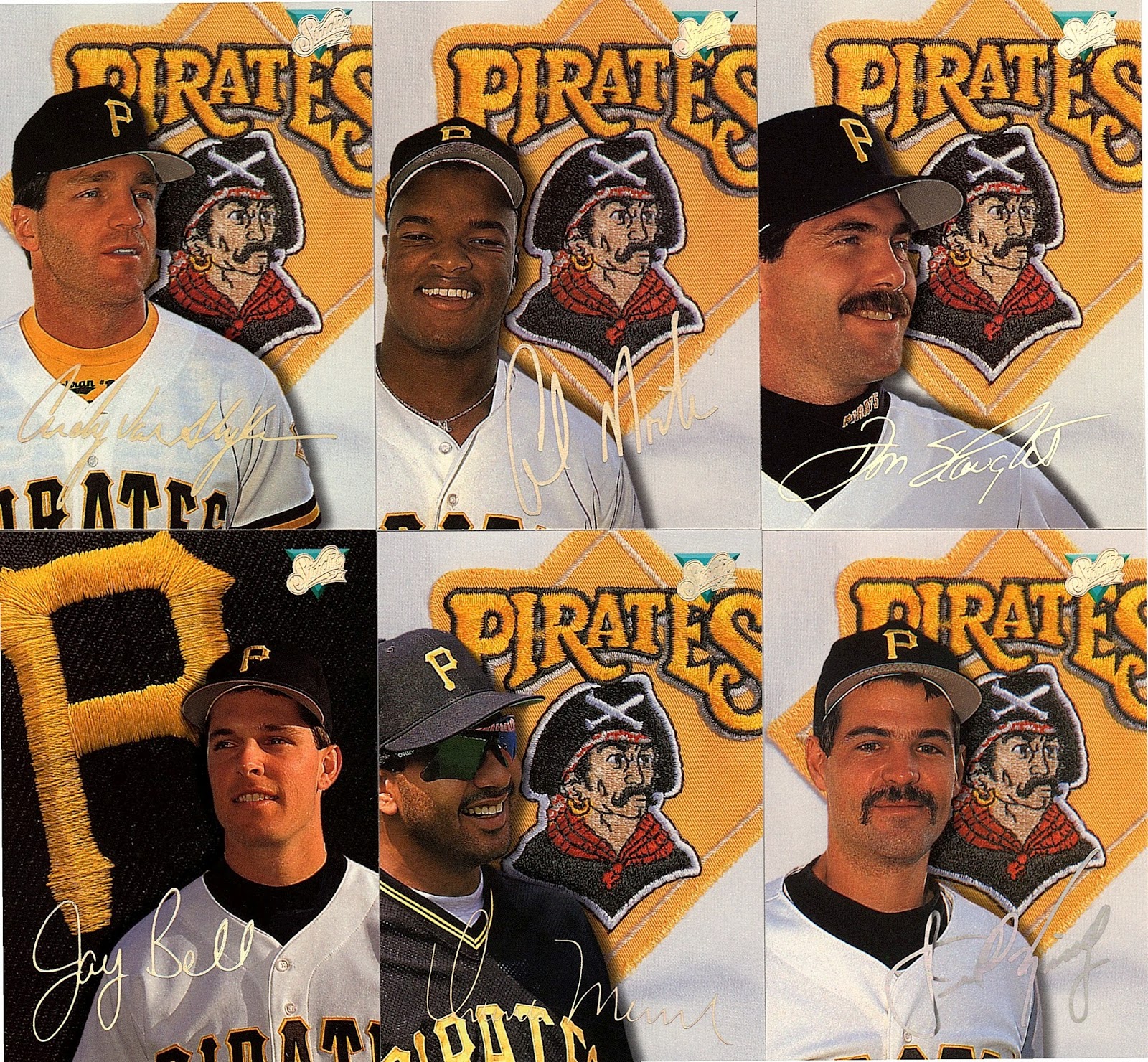 I'm sucker for the Studio Buccos. Al Martin should have had another picture taken as his eyes are almost closed. 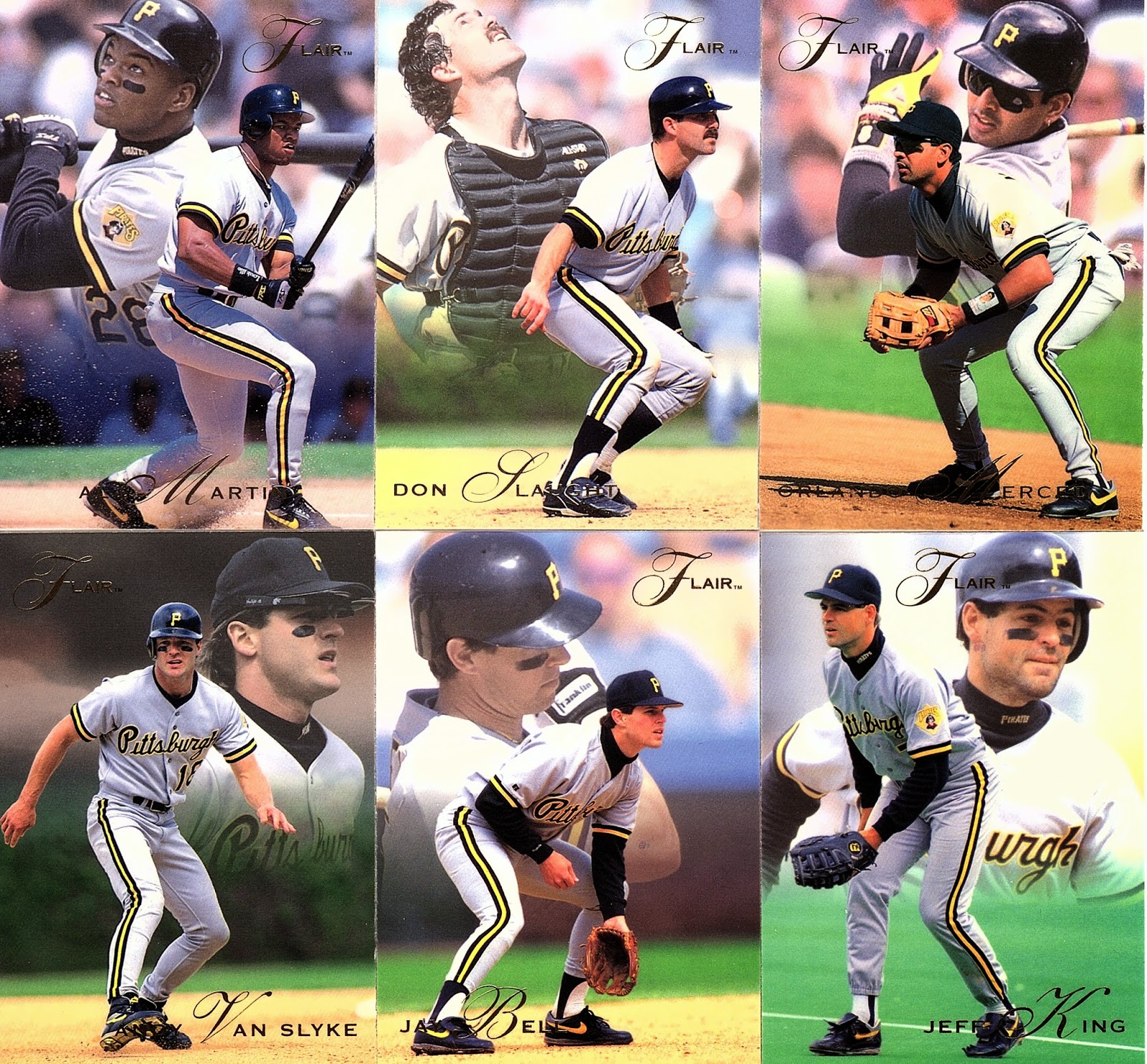 Flair Buccos are pretty cool too. 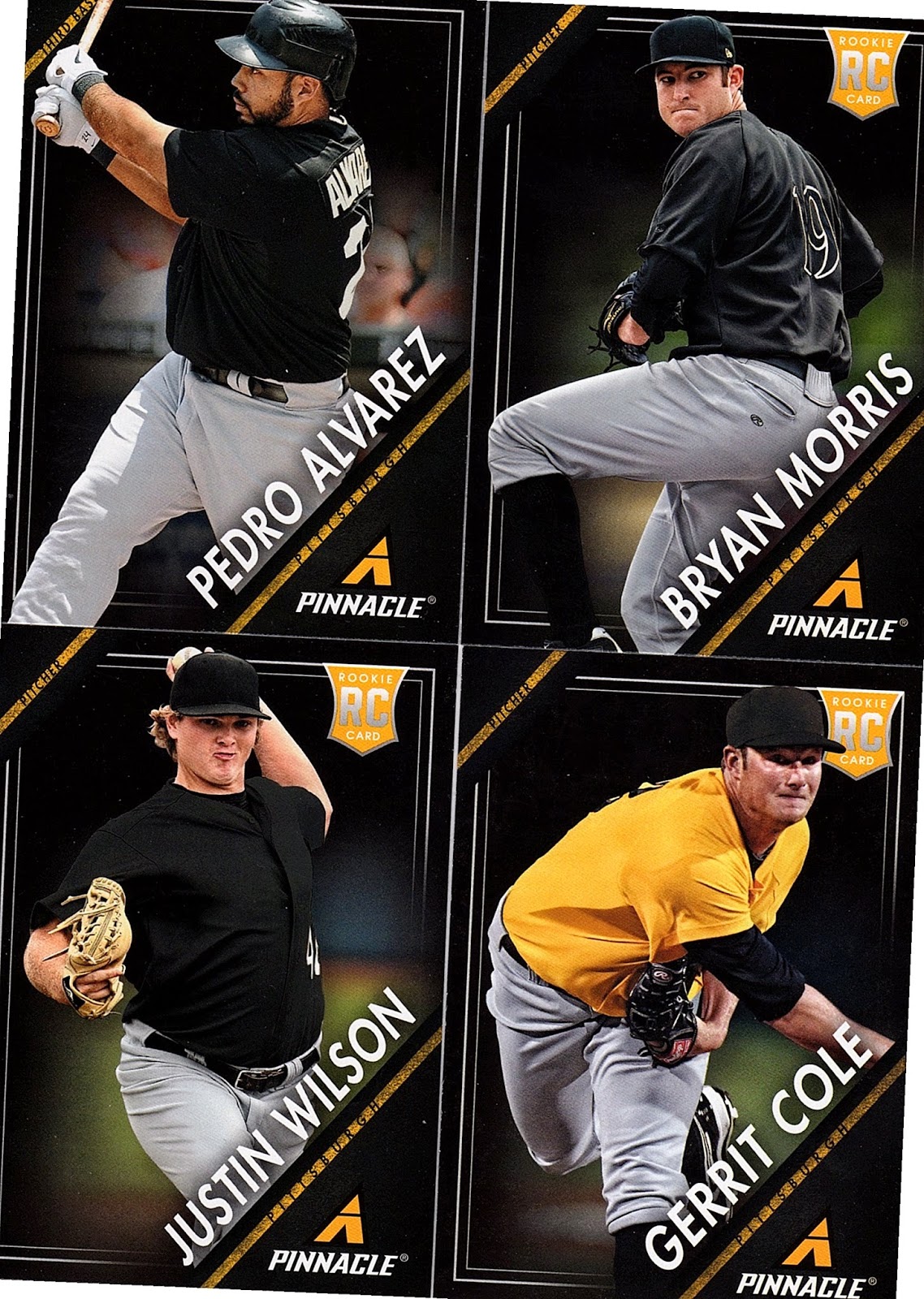 Both Morris and Wilson have been traded in the past year. Morris went to the Marlins in exchange for a supplemental pick which turned into Connor Joe and Wilson was traded to the Yankees for Francisco Cervelli. Pirates have a pretty good track record cycling through relievers as the very rarely give out big deals to relief pitchers.

Now for a ton of Clemente's. 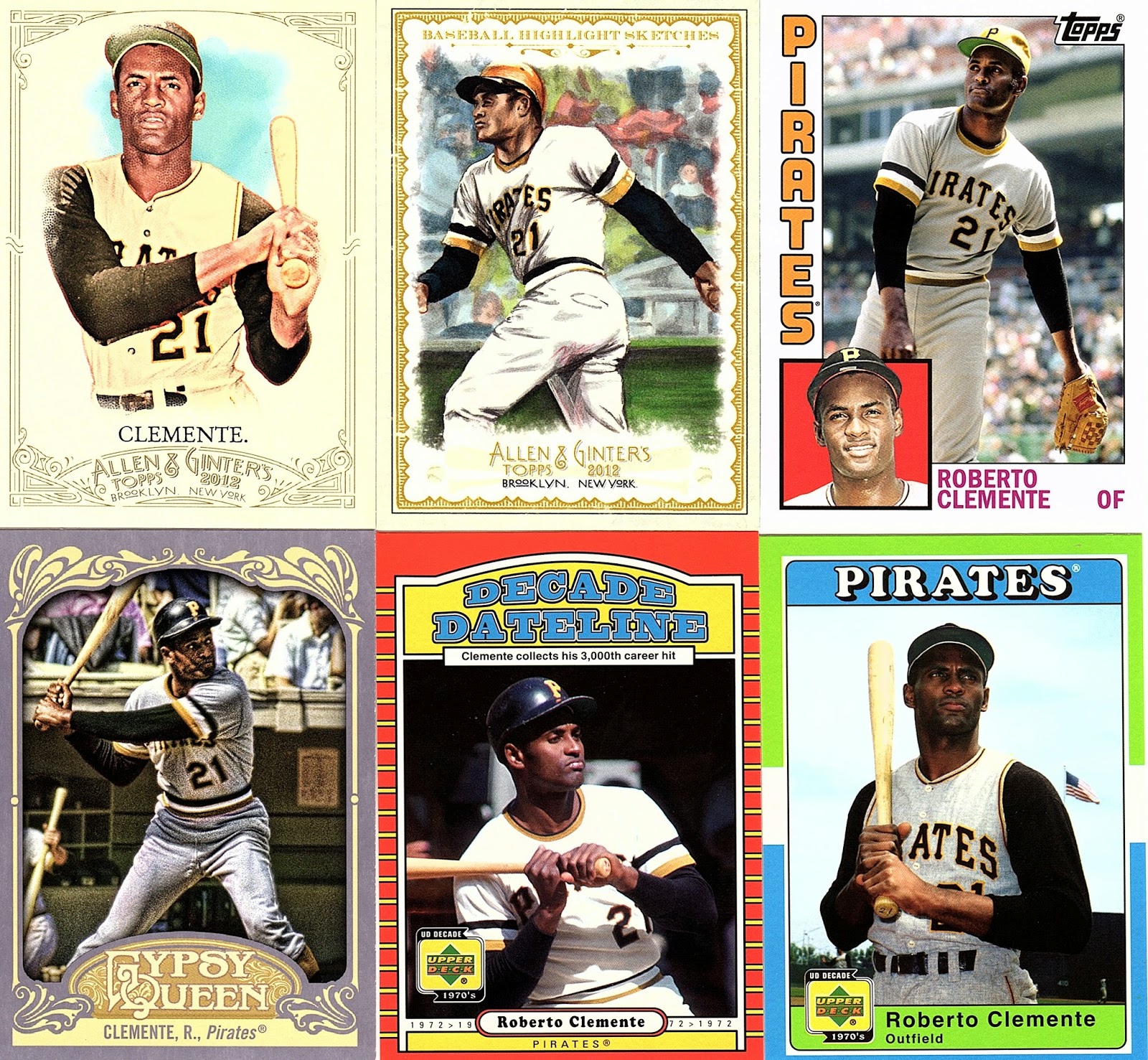 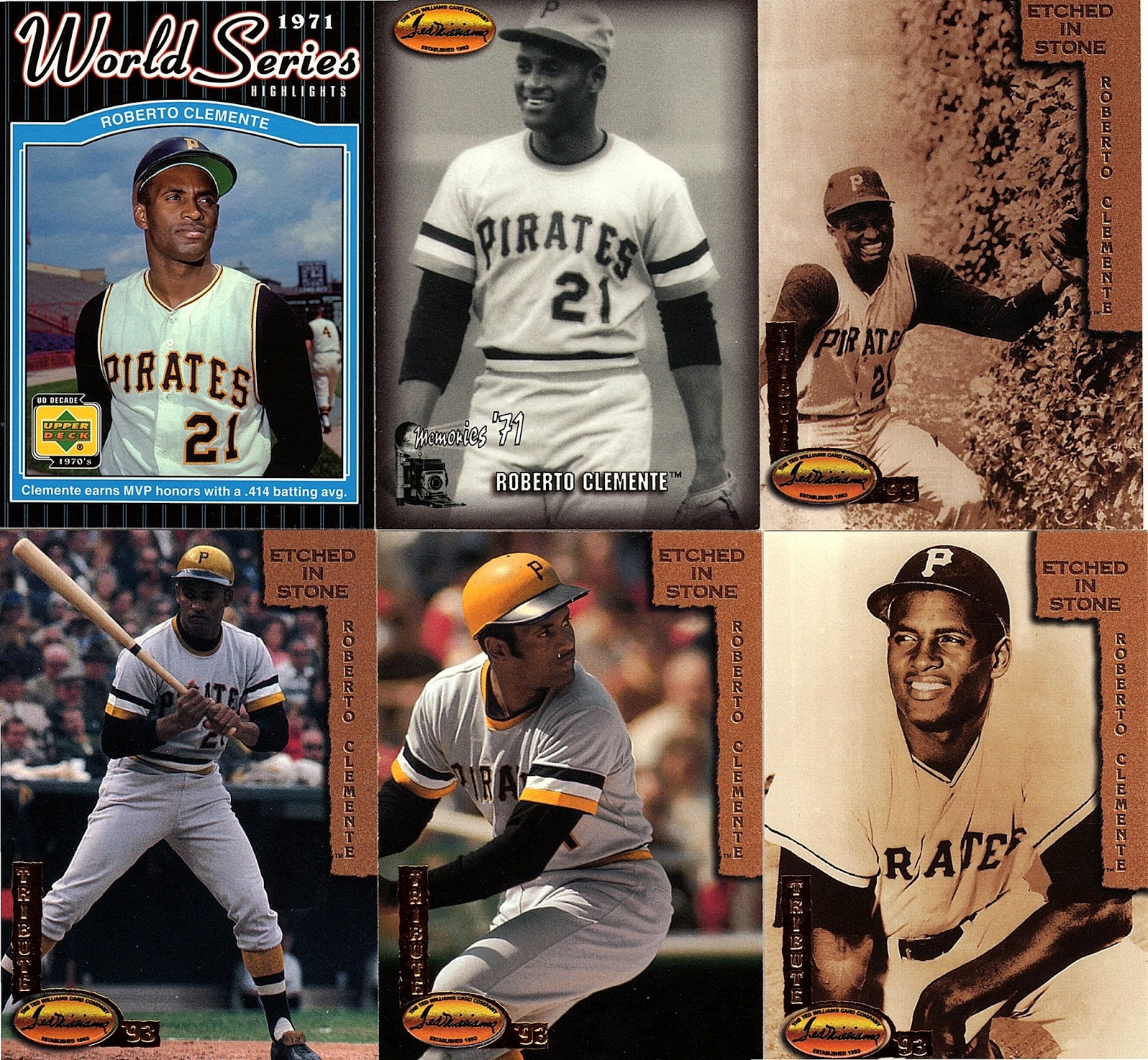 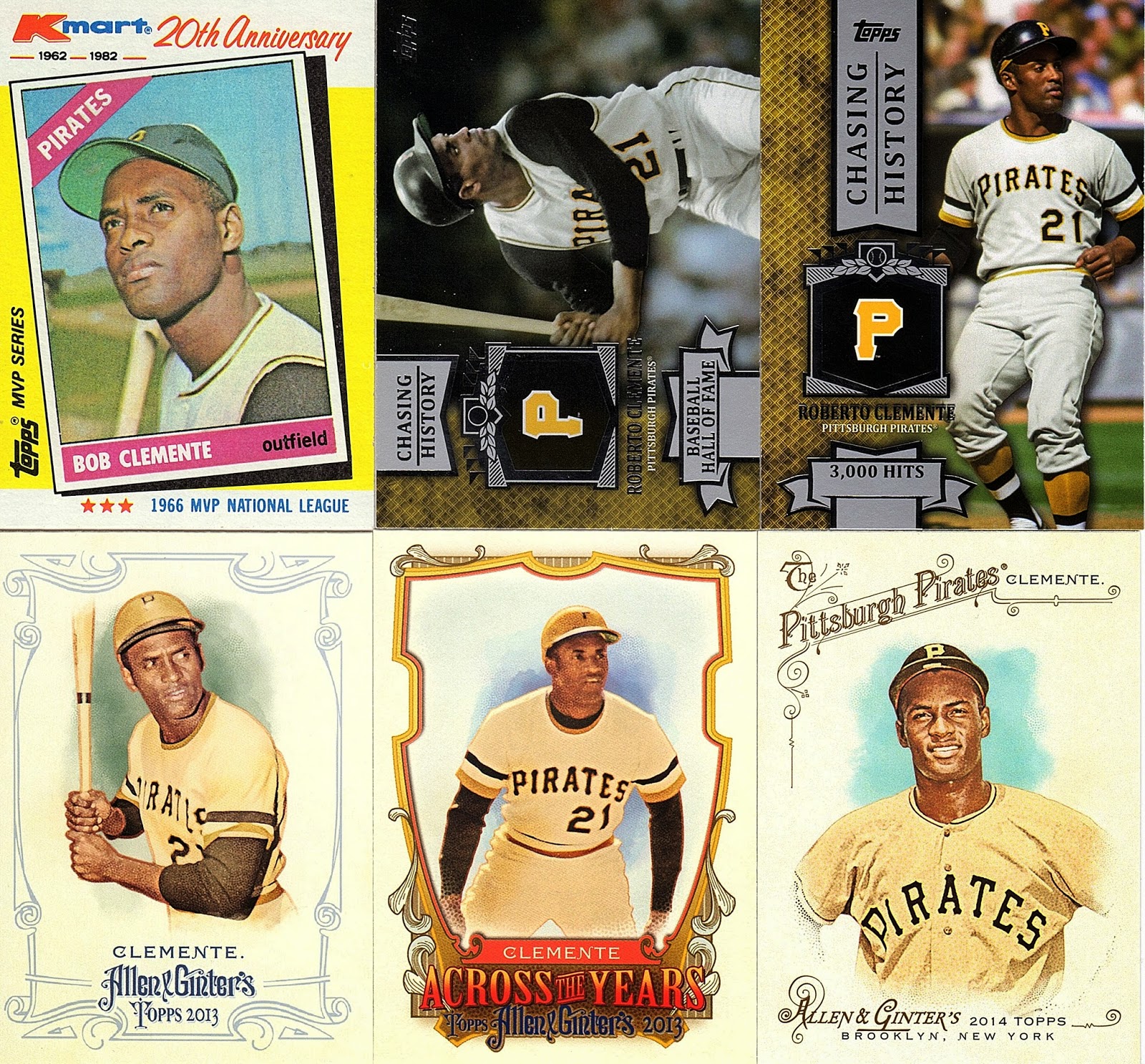 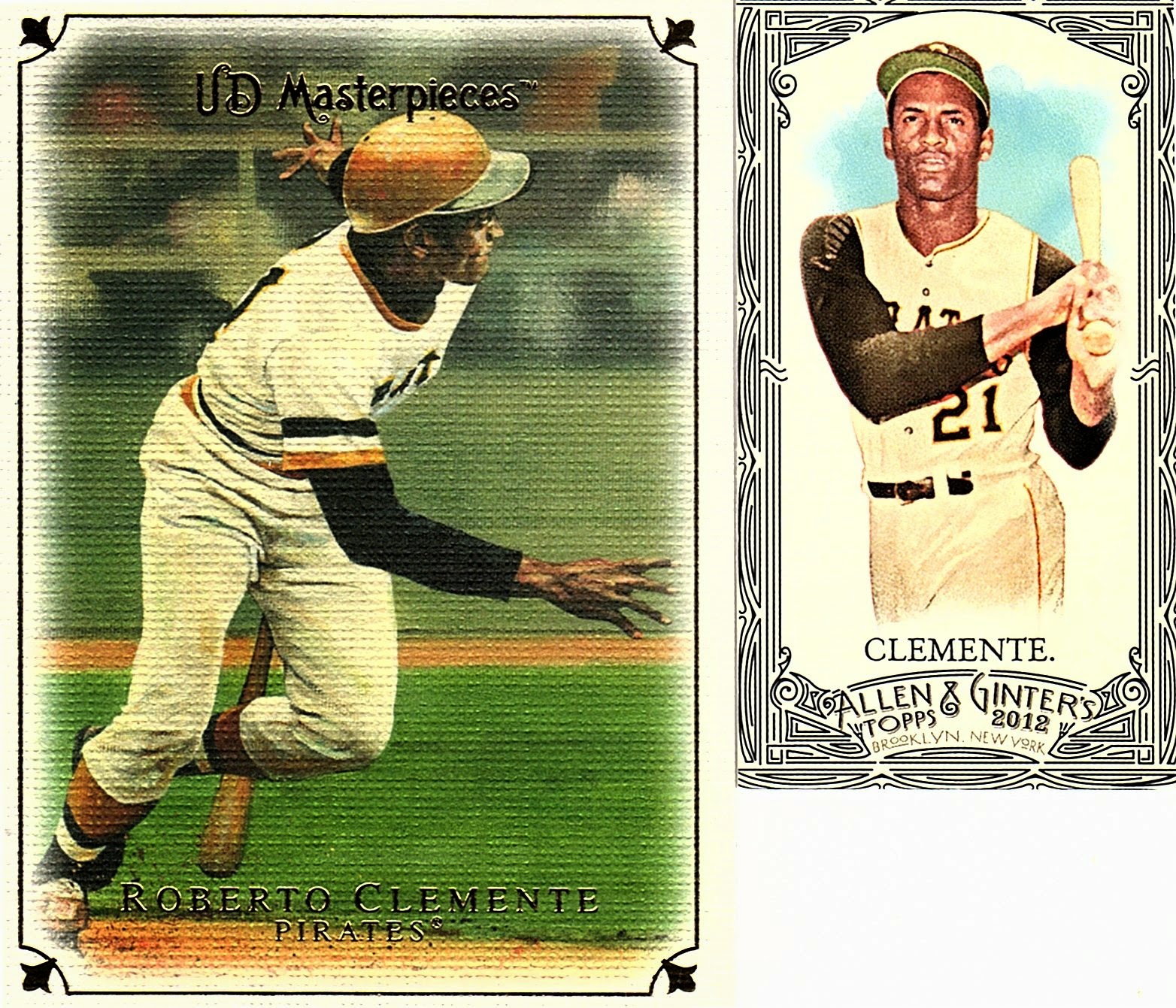 Hard to pick a favorite but I love UD Masterpieces. One of my favorite sets of all time. Let's all pour one out for UD baseball :( Oh how I miss you.

Thanks for all the great cards Jared. Hope you are back to blogging soon!

Thanks for reading.
Posted by BobWalkthePlank at 9:40 PM

Email ThisBlogThis!Share to TwitterShare to FacebookShare to Pinterest
Labels: catching up with collecting, trade 2015